An Israeli biotech startup came up with a unique solution to predict the progress of the tumors in the patient's body.

Through the application of artificial intelligence (AI) and computer vision, the team was able to tackle spatial biology for the potential formulation of advanced cancer treatment.

Nucleai in its Early Stage 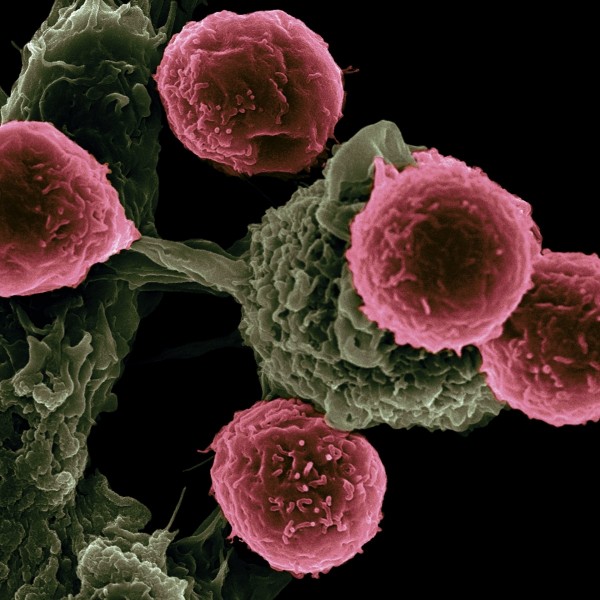 (Photo : National Cancer Institute from Unsplash )
An Israeli biotech startup came up with a unique solution to predict the progress of the tumors in the patient's body.

According to Tittlepress, Nucleai CEO Avi Veidman built the company along with Lotan Chorev and COO Eliron Amir four years ago. Back then, the three founders were exploring how to use a software that could have a huge impact in the field of biotechnology.

Back then, the startup was not focused on bringing health techs, but instead on monitoring enemies who cross the borders. The process was mainly done thanks to the satellites which surveil the intruders in Israel.

Veidman said that he has transitioned from searching for "bad guys"  in satellite images to lookin for them in cancer cells. At that time, his father was doing an immediate biopsy and he was surprised upon learning about the activity.

With that, he applied what he learned from the biopsy. This time, he came up with establishing an algorithm to track the location of the cancer cells through a computer.

However, Veidman noticed that what the biopsy doctors were doing was already outdated. Because of that, he thought of starting a small team that would work on something noble. This is when the Nucleai began its journey.

What Does Nucleai Algorithms Do

In another report from Calcalistech, the team discovered a way to see how the cancerous tumors progress through conducting an analysis on the tissue or stroma. Once they find them out, they would be charted right away to begin another experiment with the healthy human cells.

The process particularly tackles how the cancer cells interact with the T-cells or immune cells. They would be sorted in an organized list along with the provided data sets for them.

Nucleai's venture on cancer treatment has extended in the US medical centers. The Israeli startup signed partnerships with Rambam and Sheba Medical Centers, University of Pennsylvania, and more.

This would allow researchers to conduct extensive study about the machine learning algorithms and how they would be able to train them.

"Our platform finds a 'fingerprint' that describes a certain population of people who would respond to a drug by comparing facts as well as listing data on those who don't. Precision medicine can help identify certain factors that can help treat people individually, unlike traditional medicine. Our platform really brings added value to personalized-treatment," Nucleai CEO said.

For Veidman, the area of spatial technology was considered by many biotech companies as a ground for innovation. With the help of pharmaceutical firms, they would be able to create a long-lasting treatment for cancer patients.

Meanwhile, Tech Times reported in November that some researchers collaborated to develop an ultra-thin computer for bone monitoring and protection. Elsewhere, a Google AI was able to diagnose lung cancer through deep learning.

Computer on The Bone? — Find Out How Researchers Develop an Ultra-Thin Computer To Monitor and Protect Bones