'Flurona': Is It a COVID-19 Mutation? Cases Found in LA, Other US States

'Flurona' as dubbed by experts, is spreading multiple cases in the United States, and people are stuck wondering if this is another mutation of the virus. Los Angeles and other states report an alarming rise in the combination of both infections as people get the condition from both diseases and test positive.

Flurona: What Is It and Is it Another COVID-19 Mutation? 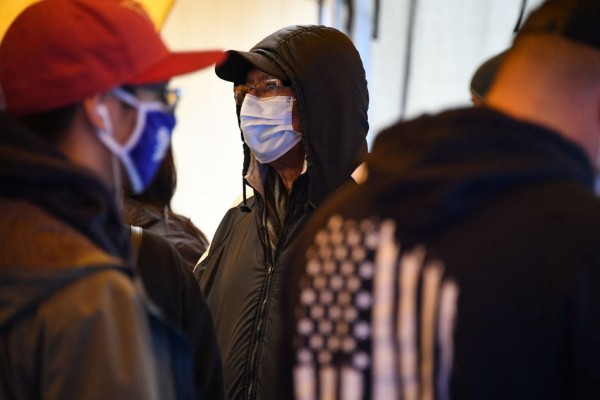 (Photo : ROBYN BECK/AFP via Getty Images)
People wait in line in the rain to pick up their holiday orders of tamales from Tamales Lilianas in Los Angeles, California on December 23, 2021. - Making and serving tamales during the Christmas holidays is a tradition among many Mexican-American families.

The National Center for Biotechnology Information released a study regarding the massive cases of the co-infection phenomenon, known as "Flurona." COVID-19 and influenza's co-infection is not a mutation; instead, two viruses infect the person simultaneously; thus testing positive for both.

Flurona is a thing now, and people face the threats of both viruses at the same time.

The cold season usually indicates the flu season of any country as the low weather situations make the immune system more susceptible to catching viruses.

However, the alarming case here is that the combination of both viruses provides a more considerable risk for the infected, as they fight two battles at the same time. Influenza alone is destructive enough, and COVID-19 is notoriously known for its immune system-destroying spike proteins.

LA, Other US States Report Cases of Flurona

Los Angeles, Texas, and other states report cases of Flurona infections during this season. Nobody expected a rise, especially as people perceive the COVID-19 and influenza viruses to be almost the same.

According to the LA Times report, the confirmed case was the first knowledge the state has of the Flurona.

Nevertheless, health officials strongly advise maintaining proper health guidelines and protocols for the public to follow. Also, vaccination is still a must for everyone to avoid the dire consequences of either virus.

How to Protect One's Self from COVID-19?

Influenza, or the "common flu," is a virus that severely targets the immune system of a person, manifesting in symptoms like colds, coughs, fever, body aches, and more. Yearly, influenza seasons come and go, as most people in the world have already received immunity against it in the form of vaccinations and herd immunity.

However, COVID-19 heavily follows the footsteps of influenza and is closely related in terms of patterns and symptoms.

Both diseases have almost the same techniques or procedures for removing them from one's system, and it is through boosting the immune system and letting the virus run its course. People can prevent and protect themselves from both through simple health guidelines released by the CDC for COVID-19.

Getting the vaccine is still a massive step to fight against the virus and promote immunity against it, but that does not mean people should stop wearing masks. Masks still protect and block these viruses away, avoiding any transmission from particles unseen in the air and water.

COVID-19 and influenza are on the warpath, and protection starts from each individual.

Related Article: WHO Discovers New COVID-19 Variant! Is the IHU Something to Worry About?