Disney's latest patent suggests that it is also entering the latest trend out there-the metaverse. 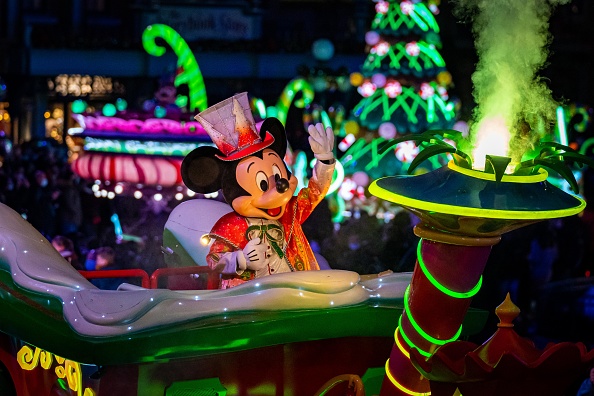 (Photo : by Handout/Getty Images)
PARIS, FRANCE - NOVEMBER 20: In this handout provided by Disneyland Paris, a general view of Christmas decoration during "Le Noel Enchante Disney - The Enchanted Christmas" at Disneyland Paris on November 20, 2021 in Paris, France.

As per the report by Business Insider, metaverse entertainment could soon be part of the attractions of Disney parks, such as Disneyland and Disneyworld, which have been attracting thousands of tourists around the world.

What's more, the recent patent filed by the House of Mouse further suggested that visitors of the Disney parks could soon experience augmented reality without wearing any headsets.

Business Insider said in the same report that the United States Patent Office has already approved the patent filing of Disney during the final week of 2021 or the last week of December.

To be more precise, the US Patent Office approved the "virtual-world simulator" of Disney Enterprises before 2021 came to an end.

The Patent Office of the US further disclosed that the new patented technology of Disney Enterprises allows the projection of both virtual effects and 3D images into physical spaces, which ditches the need for any VR glasses.

The technology was first teased by the CEO of Disney, Bob Chapek, during the fourth-quarter earnings call of the giant entertainment firm.

The Disney boss said back then that the new tech that they are introducing will further help the entertainment firm to tell stories in a new "three-dimensional" form.

Chapek went on to say that their "efforts to date are merely a prologue to a time when we'll be able to connect the physical and digital worlds even more closely."

He added that the new tech would allow "for storytelling without boundaries in our own Disney metaverse."

Read Also: YouTube TV Will Lose All Disney-owned Channels on Dec. 17, But Will Cut Prices By $15 Per Month | Here's the List of Affected Channels

However, according to the news story by the Los Angeles Times, the officials of Disney declared that the House of Mouse has "no current plans" of using its recently patented technology.

In fact, Disney added that the massive entertainment firm constantly files for numerous patents once in a while as it explores modern technologies.

Thus, patent filings like these do not necessarily mean that it would see the light of day. But what is for sure is that Disney is looking into these developments. 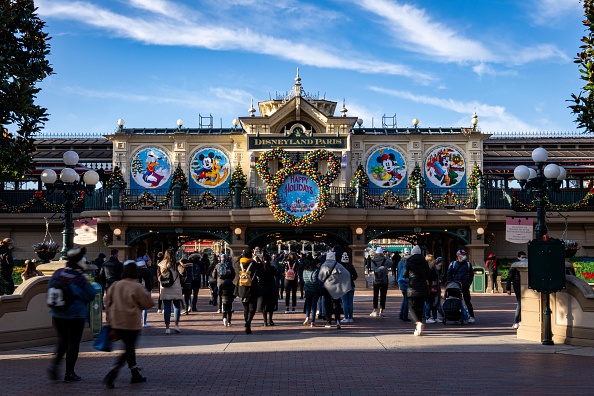 (Photo : by Handout/Getty Images)
PARIS, FRANCE - NOVEMBER 20: In this handout provided by Disneyland Paris, a general view of Christmas decoration during "Le Noel Enchante Disney - The Enchanted Christmas" at Disneyland Paris on November 20, 2021 in Paris, France.

Meanwhile, as per the online news story by Gizmodo, Disney parks currently already provide its guests some kind of augmented or virtual reality experience.

For instance, the theme parks of Disney are already projecting some of their characters to its various physical structures.

Related Article: YouTube TV to Remove $15 Discount as Disney Joins Once Again | Price Back to $64.99 Per Month