Facebook's parent, Meta Platforms, is requiring its employees to get their COVID-19 booster shot before they get back to office work in March.

Meta announced that it is delaying the return of its workforce to its offices from its supposed schedule of Jan. 31 to March 28 due to the raging surge of the Omicron variant of the novel coronavirus.

As per the news story by CNBC, the social media tech giant previously announced that all of its fully vaccinated employees are returning to office work starting Jan. 31.

This time around, though, Meta has reconsidered its previous schedule of office work return in the United States, as well as its COVID-19 vaccine requirements for its employees.

As such, the employees of Meta could still stay at the confines of their homes for the meantime. It comes as the COVID-19 cases in the US continue to surge with the new more transmissible variant of the virus.

According to the report by The Verge, the spokesperson of Meta, Tracy Clayton, confirmed that it is requiring its employees to present proof of booster COVID-19 vaccine before they could get back to office work on March 28.

However, The Verge noted in the same report that even after March 28, its employees could still opt out to return to office work, giving them working options to choose from.

One of which allows their employees to temporarily delay their return to office work for up to five months. The other option lets them work from home full time.

The Meta spokesperson said that they are giving their workforce up until March 14 to decide their preferred working option. However, those who have yet to get their booster shot by that time will not be allowed to return to office work. 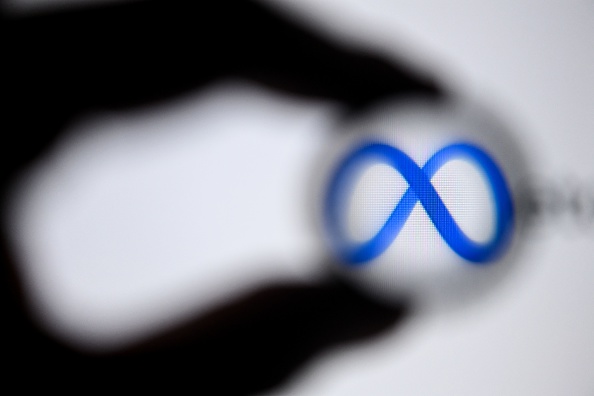 (Photo : Photo by KIRILL KUDRYAVTSEV/AFP via Getty Images)
This photograph taken on October 28, 2021 shows the META logo on a laptop screen in Moscow as Facebook chief Mark Zuckerberg announced the parent company's name is being changed to "Meta" to represent a future beyond just its troubled social network. - The new handle comes as the social media giant tries to fend off one its worst crises yet and pivot to its ambitions for the "metaverse" virtual reality version of the internet that the tech giant sees as the future.

Meanwhile, the Vice President of Human Resources of Meta, Janella Gale, told CNBC in the same report that they "understand that the continued uncertainty makes this a difficult time to make decisions about where to work, so we're giving more time to choose what works best for them."

The news outlet further noted that the parent company of Facebook is the first among the tech giants in Silicon Valley to require its employees to present their proof of booster shot before going back to its offices.

Elsewhere, both Google and Apple have also previously delayed their return to office work with the increasing cases of COVID-19 brought upon by the Omicron variant.