Canon is still feeling the impact of the global chip shortage as it cuts down costs and diminishes parts on its products.

Recently, the camera maker announced that it would now sell printer cartridges with no Digital Rights Management (DRM) chip. This piece of component is essential to prevent users from depending on third-party ink for copy protection purposes.

Canon Ditches DRM on its Printers 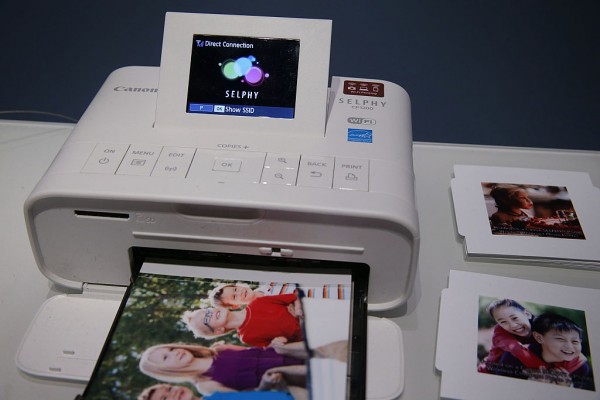 (Photo : Alex Wong/Getty Images)
AS VEGAS, NV - JANUARY 07: The Canon Selphy CP1200 wireless compact photo printer, which will hit the market in February, 2016 with a price of US$109 and features with direct connection with wireless camera or smart device, is on display at CES 2016 at the Las Vegas Convention Center on January 7, 2016 in Las Vegas, Nevada. CES, the world's largest annual consumer technology trade show, runs through January 9 and features 3,600 exhibitors showing off their latest products and services to more than 150,000 attendees.

Due to the lack of supplies in the chips, Canon shifted its ways to allow customers to break the DRM. Ars Technica wrote in its report that first-party cartridges usually embed chips on its printers for authentication.

Since the semiconductor crisis is still hitting several chipmakers and tech companies, Canon suggested that customers could now "defeat" the warnings shown on printers regarding the use of third-party components.

The company, which specializes in optical and imaging, is experiencing difficulties in procuring the electronic components that are used on its products.

According to its German support website, the company decided to "supply consumables without a semiconductor component" to its printers. Until the supply returns to its normal state, the company will be sticking to the new changes.

Canon ordered its customers to bypass the error that showed up on the machine. The company suggested they should just close any warnings about the use of third-party inks and follow the steps as-is.

Related Article: Top 5 11x17 Printers You Need in Your Home or Office Now

Will This Affect the Quality of Prints?

In a separate story written by Gizmodo, Canon told the users that the quality of their prints would not be compromised even if they change their inks.

However, they could observe noticeable changes on improper toner levels. In some cases, if the cartridge is empty, it might instantly plunge to 0% from 100%.

Regarding this policy change, it should be noted that once the global chip shortage eases up, Canon would revert to its tactic of disallowing third-party ink cartridges to operate on its printers.

Speaking of Canon, Tech Times reported that the company faced a lawsuit in October following a complaint about its deceptive marketing practice. According to the plaintiff, the lens maker was just selling cartridge replacements for the Pixma printer for the sake of the company's profit.

The support page of Canon listed the following models that are affected by the recent changes. Here's a list of them.

Last month, Tech Times reported another case related to printers. At that time, the hackers added anti-work slogans on receipt printers to urge workers to demand better working benefits and conditions from their employers.