German authorities were under scrutiny after they misused the COVID-19 contact tracing app to continue its probe over the man's death. To seek potential witnesses in the crime, they faked the infection in the scene to gather more details about the incident.

The country's officials previously warned that the app's data could be abused, resulting in public unrest. Here's what happened. 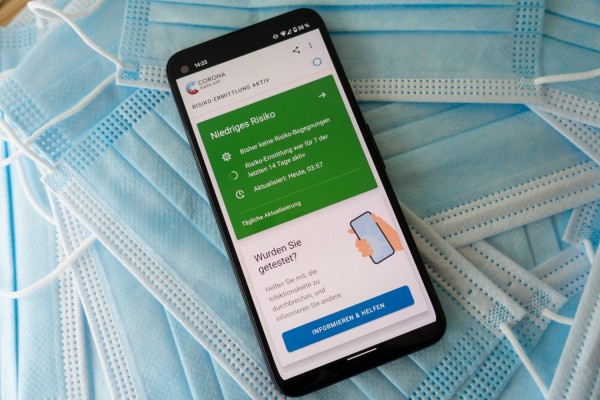 According to a report by The Washington Post, the German police were currently under fire for wrongfully using the data from an app to identify potential crime witnesses. Originally, the application can only be used to detect the close contact of COVID-19 positive individuals.

The location of the scandal was situated in the city of Mainz, near Frankfurt. Going back to November 2021, a case involved a man who fell to his death moments after he left the restaurant.

As the probe continued, the authorities wanted to detect the possible witnesses in the incident.

In addition, the police urged the local health authorities to release the Luca contact tracing app data to check the duration of stay of the people inside the restaurant at that time.

Illegal Use of Luca App

With that, some people said that the confidential details from the app might be used for other purposes. However, the Mainz prosecutors said that they had already put the police in an inquiry to guarantee that the information would be safe.

In another report by 9to5Mac, tech titans like Google and Apple have a preventive measure to make contact tracing API safe from being stolen or maliciously used. The companies assured that no information would go to the government without the users' consent.

DW wrote in a separate report that the Luca contact tracing app could input how long a person stayed at an establishment like a restaurant or bar.

In doing so, the people are required to enter their details into the application. After that, they will conduct QR code scanning at a particular place and log out upon their departure.

In the case of detecting COVID-infected individuals, the health authorities can quickly identify them to inform people who are exposed to the virus.

More importantly, the Luca contact tracing app is subject to the data protection policies in Germany. This means that only local health professionals are permitted to use it.

A person or a group could only obtain data from the app if the assigned department/authorities give their consent to those who need the personal information.

Meanwhile, Tech Times reported that a group of health experts was calling Spotify to stop COVID-19 misinformation in the platform by forming a strict policy about it.

Read Also: COVID Tracing App Alarms Over 100 People to Self-Isolate Before It's Too Late