The largest object in the Milky Way Galaxy has been discovered, thanks to the efforts of astronomers at the Max Planck Institute in Heidelberg. 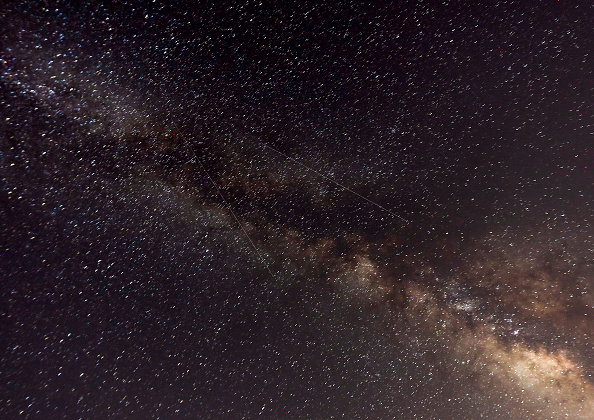 (Photo : Photo by JOSEPH EID/AFP via Getty Images)
A picture taken late on August 12, 2018 shows meteors crossing the night sky past the Milky Way during the annual "Perseid" meteor show, in the mountain area of Tannourine in northern Lebanon. (Photo by Joseph EID / AFP)

"We investigate the physical properties of the 'Maggie' filament, a large-scale filament identified in H I emission at line-of-sight velocities," explained the involved space experts.

The new study titled "The 'Maggie' filament: Physical properties of a giant atomic cloud" was published in the Astronomy and Astrophysics journal last November 1, 2021.

According to The Cleveland American's latest report, it has a length of 3,9000 light-years and a width of 150 light-years. Right now, this large space object is located more than 55,000 light-years away from Earth. 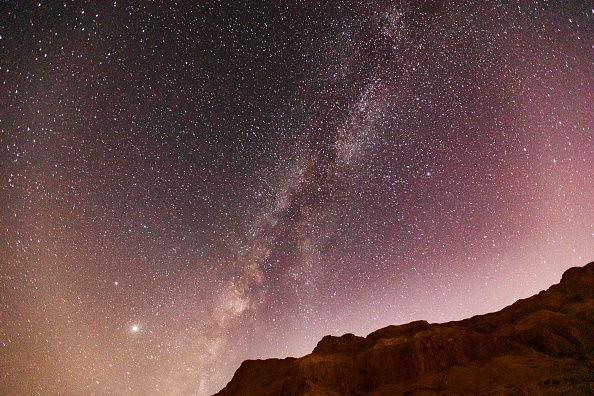 (Photo : Photo by AHMAD GHARABLI/AFP via Getty Images)
This long-exposure picture taken early on August 20, 2020 shows a view of the Milky Way galaxy rising in the sky above the Judaean mountains in the occupied West Bank between Palestinian Jericho and Israel's Ein Gedi. (Photo by AHMAD GHARABLI / AFP)

Involved researchers explained that Maggie, which was named after the longest river in Colombia (Magdalena River), was easily spotted because it was outside the Milky Way Galaxy's main plane.

However, they still haven't solved how the giant flat disk moved in its current area. Although this is the case, they were still able to know that the space object has a constant speed and movement direction.

Because of its characteristics, astronomers were able to confirm that Maggie is a unique system and not just part of the clouds circulating around the Milky Way Galaxy's outer plane.

The Max Planck Institute's space researchers explained that Maggie is a gas cloud that contains hydrogen. It is much larger than other giant gas clouds within the Milky Way Galaxy.

They added that this very long flat space disk also contains most materials and other objects found across the spiral galaxy. If you want to know more details about Maggie, you can visit this link.

In other news, China's new artificial sun is expected to be five times hotter than the real sun. On the other hand, NASA's InSight Lander was forced to go into safe mode because of some dust storms.

For more news updates about Maggie and other space topics, always keep your tabs open here at TechTimes.

Related Article: Type II Supernova Has Been Documented for the First Time, Allowing Experts to Better Understand a Dying Star