RMDS Lab, a known leader in cognitive computing, is planning to open the world's first NFT(non-fungible token) marketplace for science and technology IPs (intellectual properties). The schedule for its launch will be in March.

In 2009, Alex Liu, who previously worked at IBM as a chief data scientist, founded the AI platform for researchers and scientists. The data-driven community is focused on bringing data science to other fields such as business and development.

The Boom of NFTs 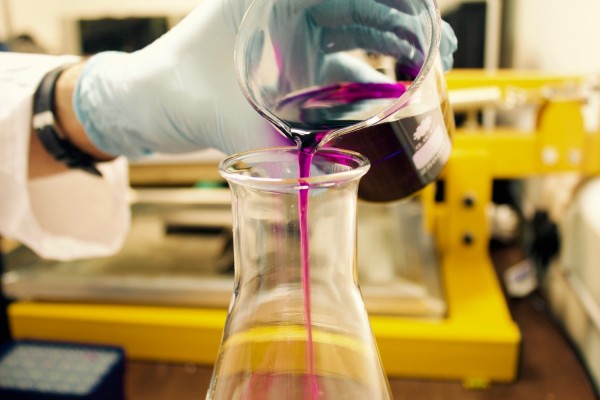 Over the previous years, the popularity of NFTs has reached investors and collectors, artists, and other people from various industries. The digital collections are also used to authenticate IPs in the field of gaming, music, and more.

Since the non-fungible tokens are currently in high demand, RMDS took this opportunity to establish a science-and-technology-related marketplace to sell NFTS linked to the intellectual properties.

According to Digital Journal, one of the most popular NFTs sold during its early days was entitled "Everydays: The First 5000 Days." It was created by Beeple whose real name is Mike Winkelmann. In March 2021, a buyer purchased it for a whopping price of $59.35 million.

Since then, different IPs from arts and other areas have appeared on NFT marketplaces such as OpenSea and Magic Eden. However, science-related IPs have gradually caught up in the NFT business.

Related Article: Best NFT Marketplaces That Could Fare Better Than OpenSea in 2022 | Coinbase, Rarible, and More

Chemistry World wrote in another article that science NFTs had entered the platform following the auctioned patent from UC Berkeley back in June 2021. The university was able to sell the non-fungible token as part of its fundraising for its research projects.

The educational institution collected nearly $55,000 after selling an NFT about the cancer immunotherapy research launched by its own James Allison (1990s).

With that, RMD Labs aimed to move science IPs into the NFT space to reach more investors and establish ties with them. The platform wanted to use the marketplace as a bridge to reach out to investors and collectors who love science and technology.

If there's a technological improvement to unveil, the fundraising projects can easily seek help from the NFT community.

In an interview with Chemistry World, Liu said that getting funding for scientists through the "traditional" channels could take a lot of time. Some senior project managers allot more than half their time doing administrative activities.

He added that through the NFT marketplace, their tasks would lighten, and they could focus on doing their real job inside the lab.

Despite NFT's benefit to science, Liu was aware of its effect on the environment by stating its carbon footprint and energy use. According to him, it's also important to address issues concerning nature and even individuals' privacy and copyright rights.

Speaking of NFT, Tech Times recently reported that VCR said that it would build the first members-only NFT restaurant based in New York City in 2023.

For a science-related story, we also reported that experts spotted a new strange metal that could help them know more about quantum space.