VCR Group announced that it will be launching its first NFT restaurant in New York City which will be open for Flyfish Club members only.

To gain access to the culinary and cultural experiences, the people are required to be a token-holder of the private dining club. Besides that, two types of membership will be discussed later. 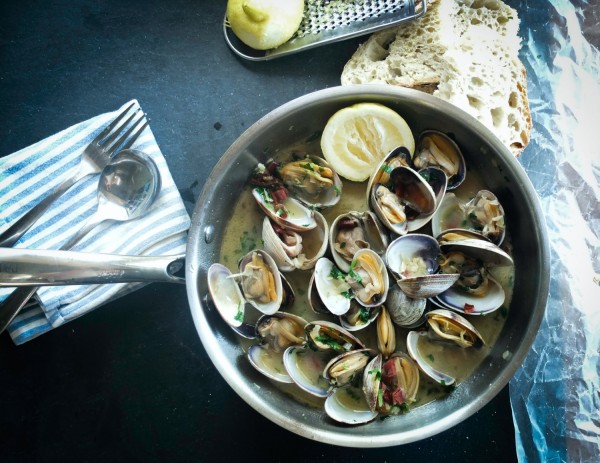 (Photo : Adrien Sala from Unsplash)
Flyfish Club, the first NYC-based restaurant to use NFTs as membership for token-holders.

According to Cointelegraph, the seafood restaurant known as Flyfish Club is the first NFT restaurant in the world that would be accessible in New York City. However, those who want to try its service should wait until 2023 for its opening.

When VGR was asked why it chose to jump on the NFT craze, here's what it wrote on the Flyfish Club website.

Flyfish Club (FFC) is the world's first member's only private dining club where membership is purchased on the blockchain as a Non-Fungible-Token (NFT) and owned by the token-holder to gain access to our restaurant and various culinary, cultural and social experiences.

"By utilizing NFT's, FFC is able to create a loyal, member-community that we can provide special experiences for. NFT's create new modernistic financial models, which will allow FFC to deliver an exceptional and sustainable product for years to come."

Cointelegraph wrote in the same report that there are two types of memberships for those who want to avail of NFT membership. Based on the official site of the company, here's what you need to check first about them.

VCR said that NFT holders for Flyfish Membership are free to grant non-holders a token lease that could go for a month. The website also mentioned that they could also resell it to others on top of no annual fees that will be charged.

The concept behind Flyfish Club was not the first time that VCR did. The company previously opened another NYC restaurant "Ito" which is inspired in omakase-style. The only difference between it and Flyfish is it serves even the non-members.

In another report by Tech Times, Campbell launched its NFT collection as part of its newly-launched label design. Elsewhere,

Japanese brokerage Nomura offered subscriptions for its customers through tradable crypto tokens. This would now allow them to buy and trade Italian food dishes such as chicken tortellini, pumpkin ravioli, and asparagus pizza.