Apple iPods Worth $1 Million Stolen by School District Employee | Resold on eBay for $800,000?

Apple iPods worth a hefty $1 million, which was meant to be given to North American native students, were stolen by a school district employee. 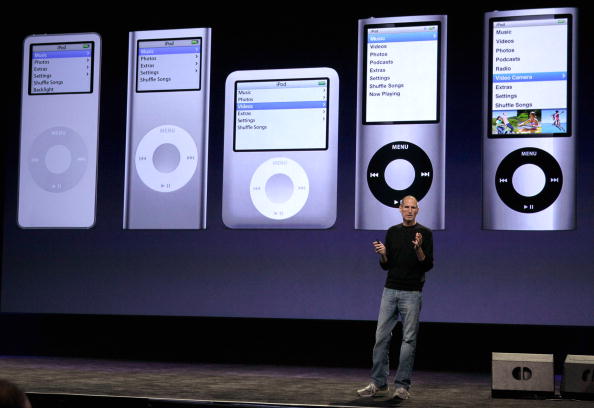 (Photo : by Justin Sullivan/Getty Images)
SAN FRANCISCO - SEPTEMBER 01: Apple CEO Steve Jobs prepares to announce a new line up of iPods as he speaks during an Apple Special Event at the Yerba Buena Center for the Arts September 1, 2010 in San Francisco, California. Jobs announced upgraded versions of the entire iPod line, including an iPod Touch that includes a camera. He also showed the new iTunes version 10 and the release of the second generation of Apple TV.

The iPod may not be the most sought-after device nowadays with the plethora of smartphones and streaming services out there, but it turns out that it has been the center of a massive heist.

As per the report by 9to5Mac, the United States Department of Justice released a press statement, announcing that the federal executive department jailed those who were involved in stealing and reselling thousands of iPods.

As such, one of the ex-employees of the Central Consolidated School District of New Mexico is now sentenced to jail for a total of 18 months. It comes after she admitted her role in the iPod heist.

The 46-year-old former employee of the school district, who worked there from 2010 to 2019, confessed that she stole over 3,000 iPods, which were bought by the Central Consolidated School District for the Native American young minds.

The ex-school district employee used to oversee a project that provided free iPods to the tribal reservations-based students.

But instead of giving the Apple devices away to the Native American kids, she decided to steal them from them. The former employee even sold them online later on.

According to the news story by Apple Insider, the 46-year-old admitted that she sold the $1 million worth of iPods online after stealing them.

It turns out that the former school district employee listed these iPods on an e-commerce platform, eBay. She even disclosed that she sold the Apple music devices at a lower price than its purchase cost. As such, she pocketed more than $800,000 from her reselling scheme on eBay.

The press release of the US Justice Department also said that the former employee of the New Mexico school district sold the iPods for her "personal benefit."

On top of that, the Department of Justice also revealed that the employee used to order hundreds of iPods just to steal them. She admitted that it typically ranged from "100 to 250 united per order, two to three times each year."

What's more, after profiting from the iPod reselling scheme, she even failed to report a hefty taxable income from it to the tune of $270,821.

That said, the former employee is also sentenced for falsifying her tax returns.

Related Article: AirPods Pro Year of the Tiger is the Hottest Special Edition Buds of 2022 | Extremely Difficult to Purchase