NASA's Hubble Space Telescope and TESS spacecraft discovered a new exoplanet called "Super Neptune" that features traces of water vapor on its surface. Water is one key element that creates life, and this discovery may help in learning more about the universe and the systems surrounding it.

The discovery will help us learn the universe's origins and learn the extraterrestrial life around us. 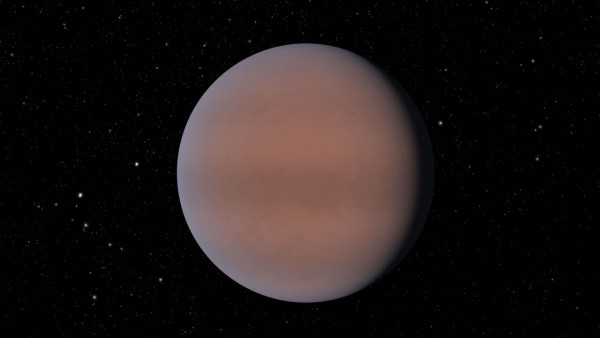 (Photo : NASA/JPL-Caltech)
Illustration of a “super Neptune,” TOI-674 b, with an atmosphere that, according to a recent study, includes water vapor.

Hubble shared a tweet via its official Twitter account showing the discovery of a new exoplanet, co-found with the Transisting Exoplanet Survey Satellite, or NASA's TESS. The exoplanet got the name TOI-674 b or better known as the "Super Neptune" exoplanet that is 150 light-years away from the planet or (881.8 trillion miles).

According to both Hubble and TESS, the surface of the exoplanet shows signs of water vapor, and it gives off a massive indication that the planet's atmosphere is viable for life. However, this does not indicate that there are signs of life on the exoplanet, only that it may explain how the universe came to what it is now.

'Super Neptune' Exoplanet: What Is It?

NASA's Exoplanets website shares that the TOI-674 b is also known as the "Super Neptune" as it resembles some qualities like the last planet in the Solar System. The exoplanet is more enormous than Neptune, or the gaseous planet farthest from the Sun, considered by the team as a dwarf planet.

The space agency will study more of Super Neptune as its surface is easy to observe, giving them the correct information they need to establish facts and research behind it.

NASA Hubble looks at galaxies or systems unknown, having a massive list of discoveries on its career track. One of the famous discoveries of Hubble is another spiral galaxy in the cosmos, dubbed as UGC 11537, and it resembles the Milky Way, or where the Solar System resides.

On the other hand, NASA's TESS is the spacecraft designed by the space agency to look beyond what others can see, meaning that this spacecraft is for other universes, galaxies, and exoplanets.

The technology can look at nine billion miles across space, but it can see further than NASA.

The combination of TESS and Hubble is massive for NASA's mission, and it brings a better look into a particular system or space region for humans to see better. The example of the known Super Neptune that saw water vapor on its surface is a testament to what the partnership of the spacecraft brings to the table.

NASA's study gets empowerment from the tech developed by man to look farther than what meets the eye.