Google has its own version of Airdrop, which is supposed to function just like how the Apple Airdrop functions, but after the recent Google Drive crash, can users testify to its reliability? Set to launch sometime in the future, this Airdrop comes in the form of a "Nearby Sharing" option on Android's sharing menu. The receiver will receive a pop-up notifying them and asking for confirmation if they would allow the transfer to continue.

Google's competition and the practicality of the "Nearby Sharing"

Android currently relies on third party applications to transfer files like the app called Dropbox. However, this is a very different software, and not technically part of Google's platform. Although Google purchased Android in 2005, there is still a huge room for third party services like data transferring applications but this is slowly going to be faced out should the "Nearby Sharing" arrive any time soon. 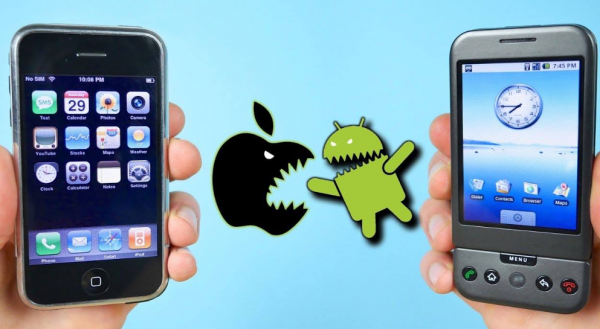 How the "Nearby Sharing" works

Relying on both Bluetooth and Wi-Fi, lighter data will be transferred via Bluetooth and heavier data via Wi-Fi. XDA's Mishaal Rahman has the early version of this and is currently running on a few devices accessible to him. As for the other devices, this option is still dormant. There is still some confusion as to whether this function would be called "Nearby Sharing" or "Fast Share," but the results are leaning towards "Nearby Sharing."

There was an earlier version of this local sharing feature once called the "Android Beam" but was soon phased out along with the introduction of the Android 10. The future of "Nearby Sharing" is said to utilize both Bluetooth and Wi-Fi properties while the previous Android Beam made use of the NFC to initiate a transfer through Bluetooth which became quite inconvenient for a numerous number of reasons including the fact that the sender and the receiver's phone had to be back to back physically and the command had to be executed within only a few seconds to make this possible.

The awkwardness was found in the physical act of stacking or putting phones side-by-side just to transfer files from one device to another. Also, because it relied heavily on Bluetooth, transfers became slower as the files grew bigger.

What we can look forward to with the "Nearby Sharing" feature

Convenience might be the biggest thing this feature has to offer, and aside from the physical touch of one device to another, file transfers may then be done despite having a distance behind the sender and receiver. Rahman tested the new "Nearby Sharing" feature by sending a three and a half GB .img file across, and it was estimated only to take two minutes.

Apple's Airdrop has existed for about eight years, and Google is just about catching up with this specific feature. The future tells the final score when we put this hypothesis to the test by seeing whether or not the Google "Nearby Sharing" feature is actually as reliable as it is made out to be.