On Thursday, Feb. 6, a research firm identified a massive number of phishing scam websites that were disguised as 'free' movie streaming sites that anyone can access online.

Apparently, audiences are now searching for more updated types of films like the last year's Oscar-nominated movies that were being used as 'bait.' In order for movie-watchers to open their website, infiltrate the user's gadgets and then allow them to access financial scams like phishing.

According to the recent report of Kaspersky Lab U.S-- a global security company that detects malware and harmful security features-- hundreds of online websites can be access nowadays that were malware sites.

This means that once you open websites like these, the possibility of getting hacked by third-party sources are more evident.

Aside from these, more than 20 movie streaming sites were now identified as phishing websites that are being used by hackers to access financial data from their victims. 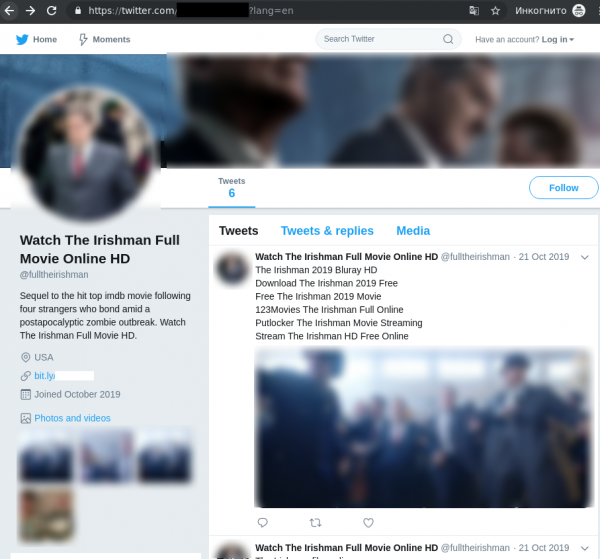 There were also Twitter accounts that were being used to post 'free movie streaming sites' to promote fraudulent websites.

"The uncovered phishing websites and Twitter accounts gather users' data and prompt them to carry out a variety of tasks in order to gain access to the desired film. These can vary from taking a survey and sharing personal details, to installing adware or even giving up credit card details. Needless to say, at the end of the process, the user does not get the content," written by Kaspersky.

Oscar-nominated films being used as a 'bait'

As a way to lure audiences unto opening their websites, hackers use the fame of the past 92nd Academy Awards known as Oscars Awards and take their award-winning films to use as 'bait' for free movie streaming.

In fact, the 2019 film 'Joker' was found to be the most popular film among cybercriminals that contains 304 malicious files. War-themed movie '1917' had the 2nd spot with 215 files. While 'Irishman' goes third, but South-Korean film 'Parasite' found not having any malicious files from websites.

As explained by the firm, there are a lot of ways for users to identify which site is safe for streaming and which is not.