An interesting story has just emerged as a man from Minneapolis has fallen into the frozen river on a Sunday morning, Feb. 9, and he blames Google Maps for this misfortune. The man reportedly fell into the Mississippi River at around 3:00 a.m. near a very familiar Stone Arch Bridge, reported by WCCO. 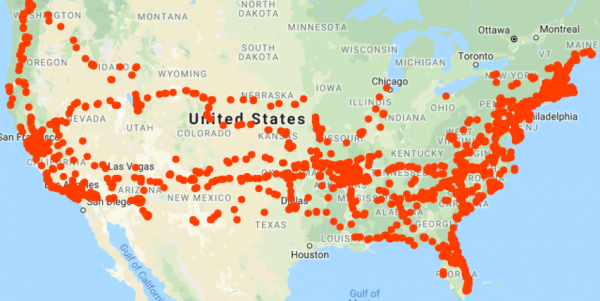 The official report was given by the man

Interestingly, it was the Minneapolis Fire Department who was able to bring this man from the river and responded to his misfortune. The man blamed Google Maps for directing him to cross the river. The fire department then stated that Google Maps clearly meant crossing the bridge and not walking across the river.

Who is to blame?

Well, even though the man did not really follow common sense, Google Maps' technical specifications were also off point, but this is a peculiar case of man versus machine. At the end of the day, Google Maps is just an application, which means that it is still subject to organic faults and lapses. This is normal with every application because of the lapses of technology when it comes to the physical world and the world over the phone.

The recent headlines of Google Maps

Google Maps has just recently experienced an awkward headline after an artist dragged 99 phones through the street, causing Google Maps to read it as a traffic jam. This story just recently went viral and has made Google Maps' authenticity questionable. This was a trick to test how Google Maps would respond to this bizarre movement of phones, and as the artist expected, Google Maps interpreted the data wrongly. Although this was corrected with a passing of a single phone moving at normal automobile speed, the temporary traffic jam was still very much highlighted.

The man on following Google Maps

This is quite a lapse of judgment in the situation of the man who found himself in the river for completely trusting Google Maps instead of his very own sense of sight. It is rather peculiar that the man did not pay intense attention to his movement but instead put his complete trust on Google Maps, which led him into the river. This case has been quite humorous for some as it is just another bizarre "what-on-earth" happened type of event.

The creation of apps and their usefulness

Apps are not necessarily created to substitute human capabilities but rather enhance them. Certain apps were created as navigation enhancers like Google Maps and others to store data and files like Google Drive and so many other apps out there that were created with the intent of improvement and not a replacement.

Recently, self-driving cars have been the trend of some high-end places replacing the need for a physical driver, but this highly depends on the development of the location as well if it is technologically compatible. Some parts of Mississippi have not yet been properly mapped out by Google Maps, which may have caused the man to fall into the river.