Your smartphone addiction might be creating physical changes in your brain that alter the shape and size of it in a similar way to the organ of a drug addict which studies have now shown as researchers looked into the addiction and how it has a negative effect to structural and functional changes in a user's brain.

Smartphone addiction, sometimes colloquially known as "nomophobia" (fear of being without a mobile phone), is often fueled by an Internet overuse problem or Internet addiction disorder 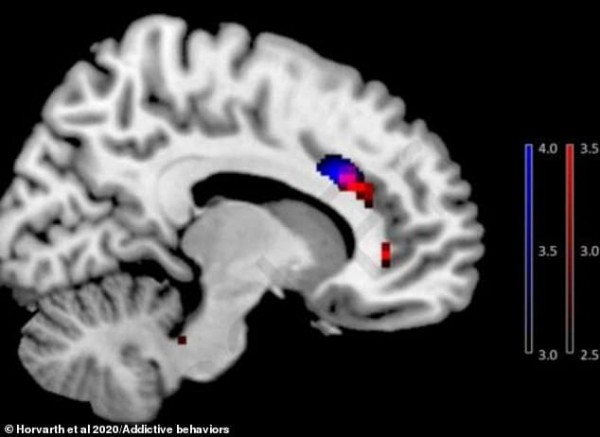 MRI scans have shown bad side effects to a human brain

These researchers conducted MRI scans on 48 people and 22 had smartphone addiction or (SPA). The images also revealed the level of decreased activity in the brain which was then compared to smartphone addicts and non-addicts.

Decreased grey matter in one of these regions which are the insula, has previously been linked to substance addiction when viewed in a drug addict's brain information.

A team of researchers from Germany's Heidelberg University used magnetic resonance imaging (MRI) to look at the brains of people with SPA. Saying that there is a largely decreased ability in a specific part of the brain known as the insula, which some suggest deals with our self-awareness.

These researchers wrote as Published in the journal Addictive Behaviors, "Given their widespread use and increasing popularity, the present study questions the harmlessness of smartphones, at least in individuals that may be at increased risk for developing smartphone-related addictive behaviours,"

The insula cortex and temporal cortex were both found to be affected by the SPA. The study also showed that people with SPA suffer from "reduced resting-state activity of the anterior cingulate cortex."

It has a devastating effect on young children

Smartphone addiction is a growing concern among scientists and medical professionals as children spend a lot of time on their phones daily. In fact, there is a reported statistic which found 53% of children own a mobile phone by the age of seven years old wherein they sleep with their phone by their bed and almost 39% of young kids say they could not live without their phones. In fact, children and young people have a 'problematic' relationship with smartphones causing addiction which is 23% of them and that's basically a lot.

Elements of addiction include mental health issues such as anxiety when the phone is unavailable, stress, poor sleep and depressed moods all throughout. Other effects include, information overload, cybersex addiction, and online compulsions"Smartphones are here to stay and there is a need to understand the prevalence of problematic smartphone usage. We don't know whether it is the smartphone itself that can be addictive or the apps that people use."  said Co-senior author Dr Nicola Kalk from the Institute of Psychiatry, Psychology and Neuroscience (IoPPN).

Read Also: Samsung's Galaxy Fold 2 Will Get an Under-the-Display Camera