SpaceX Busily Prepares Starship for its Next Big Test 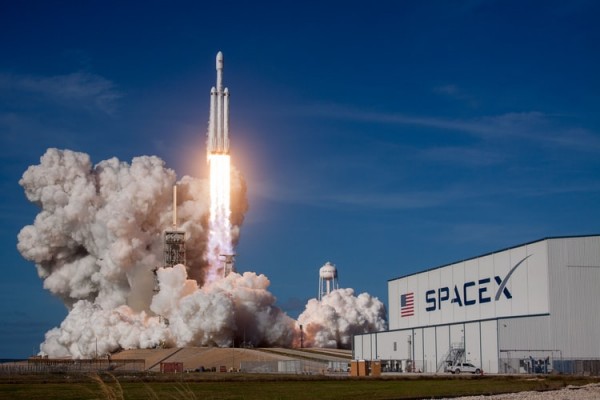 (Photo : Photo by SpaceX on Unsplash)

While SpaceX busily burns the midnight oil as it prepares for the first suborbital trial flight of its next-gen Starship, it is assembling parts for the Mars rocket models, as well. CEO Elon Musk posted on the Twitter middle of this week, via a video from the company's development facility in Boca Chica, Texas, showcasing a few rocket nose cones at different phases of completion.

Early Starship "hopper" prototypes, as indicated in an article posted on CNet, "have already made a pair of short, controlled 'hops' from Boca Chica, near South Padre Island." The latest saw the small vehicle soar to a maximum 492-feet or 150-meter height. Then, the next duplication of the design is called SN1 and can go through a test flight to roughly 20 kilometers or 12.4 miles in altitude in March, the soonest.

It is undeniably a busy March for SpaceX. Apparently, the said nose cones currently being produced are intended for the upcoming vehicles of the Starship, as SN1 is currently being constructed with its schnoz already positioned. Early this month, Musk declared the "'Starship Career Day' at the Boca Chica Facility," as SpaceX ramped up its continuous production at the site. In relation to the occasion, Starship is designed and manufactured to ultimately carry loads of humans and take them to Mars as part of Musk's mission. This particular mission is to construct a metropolis on the Red Planet and make all humans a so-called "multiplanetary species." However, it needs to prove first that it can rise higher than any off-the-shelf consumer drone.

ALSO READ: Launch of China Heavy Rocket a success; Continues its Roadmap to Moon & Beyond

Recently, SpaceX assembled two of the chunks together for the completion of the majority of the tank section of SN1. And, because of the section being almost completed before assembling, the final stack of SN1 is expected to occur quite faster than MK1. In connection to this, it is also understood that SpaceX is presently hoping to have the whole vehicle assembled and moved to the pad by the end of this month.

If everything falls into place, the static fire of the three Raptor engines of the SN1 vehicle can then, take place early next month, possibly preparing the stage for the 20-kilometer hop as earlier mentioned, within a couple of weeks of the static fire. But because of the test campaigns' fluid nature, schedule slips and setbacks are quite possible. Unfavorable weather is forecasted as well, over the next couple of days, possibly resulting in added delays.

A major consideration for improvement for the SN1 test vehicle has been the steel barrels' quality, which makes up the primary structure of the rocket. Once SN1 lands the pad, SpaceX is likely to perform "a wet dress rehearsal where the Starship is fully loaded with propellants" to guarantee that the life-sized vehicle properly manages the cryogenic fuels. Teams then are set to perform fuel pre-burner and tests of ignitor with the three Raptor engines prior to ultimately transitioning into the static fire test.