Dungeons and Dragons are known to have such extensive storytelling. Being Dungeon Master means you'll be narrating the whole game but also need to be more spontaneous when it comes to improvising responses to player's actions as well as the fate of the dice. 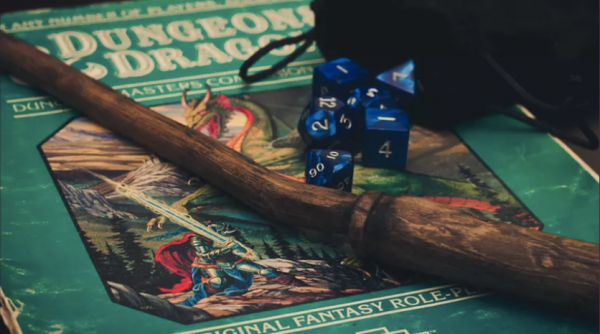 Read Also: Woah! This Octopus-Inspired Robot Arm Can Open Anything And Find Ways To Escape When Trapped!

Based on the kind of spontaneous storytelling that Dungeon Masters need in narrating, the game is so broad and extensive that this will be exceptionally difficult for artificial intelligence to pull off even if currently, AI has already mastered some board games like chess and Go. Even the best text-generating artificial intelligence programs have their own mishaps, like having to produce often incomprehensible messages that confuse players.

Though Lara Martin, a graduate from Georgia Tech, is determined to build and offer machines that are capable of improvising good storylines for games such as D&D. Martin has proposed a way for AI and humans to try and work together and develop some narrative, using Dungeons and Dragons as her first subject. She said that she went up to her adviser and said that they are proposing an artificial intelligence for a Dungeon Master.

What it means for future Artificial Intelligence

Martin has published some work and research that gives a rundown on the progress towards her goal of making an AI Dungeon Master since 2018. The way she approaches this is by combining state-of-the-art and old-fashioned rule-based features with machine learning algorithms, which basically lets an artificial intelligence come up with more clever and various narratives while following a thread of a story with consistency.

A professor who specializes in Artificial Intelligence and language at the University of Washington, Noah Smith, said Lara Martin's work can actually be of help in getting more researchers to move in a single direction. Thus, making artificial intelligence more useful in more practical applications, which means that the progress in using AIs that have the free reign to come up with extensive narratives such as this successfully will be great in the future.

Read Also: Bionic Jellyfish Has been Created by Scientists to Control Movements Without Harming It

Martin is hoping that this research, and the effort given to it, will lead to discovering something more about Artificial Intelligence and creating ways for it to tap into some elements of human intelligence such as commonsense, imagination, and embodiment. She added that if we could create a convincing Artificial Intelligence such as the D&D's Dungeon Master, it would help us in ways we can't imagine, gathering more vital information about how humans can create and experience a world with these AIs.