How Much Do You Think Your Nintendo PlayStation is worth? This Man Sold His for $360,000!

The Sony Corporation's Nintendo PlayStation may be quite a piece of history nowadays but thinking of how much does this actually cost really depends on which market you look. Sometimes we may think that it is worth close to nothing because of how long ago these consoles used to be relevant and sometimes we may think these consoles cost a fortune because they are now considered collector's items! What makes this so special? Well, apparently a man sold his legendary prototype at an auction for about $360,000 to own a piece of fleeting history! 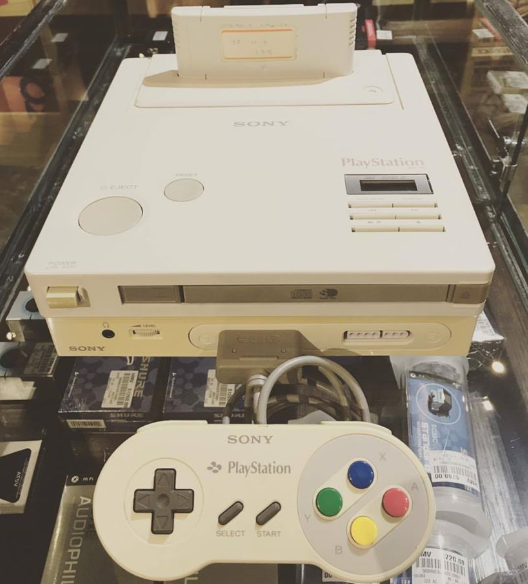 The Nintendo PlayStation was sold at an auction

When it comes to high-profile auctions, anything goes, and it really depends on the general public to determine how much they think the item is worth. Auctions are like the economic law of demand and supply put together in one room, and as the demand goes up, so does the price. Sony Corporation has been around for quite a while--that is why it is not shocking there are a few products that are now considered far too valuable and rare. It is not surprising that rare consoles are being sold at a higher price.

The Nintendo PlayStation garnered quite a lot of bids

The device was able to grab the attention of many different people, and even the founder of Oculus, Palmer Luckey, took part in bidding for this device! Imagine how many people had to bid for the price to go up all the way to $360,000. Despite getting a premium price for their device, the owners of this device reportedly were expecting a better outcome even though this was already a record-breaking outcome and set the standard for the most expensive game memorabilia to have ever been sold.

The legacy behind this device

Apparently, the Nintendo PlayStation had quite an amazing history as it transferred from owner to owner, which probably was the reason behind the price going up to $360,000. First of all, the prototype was owned by the former Sony Computer Entertainment America president named Olaf Olafsson, which by that alone says a lot about this console. The second owner was a man named Terry Diebold, who surprisingly won this console during a bankruptcy auction for only $75! The next bit was a bit sad for the console as it stayed tucked away in the attic until Terry's son, Dan Diebold, realized how valuable this product was!

The adventures of this Nintendo PlayStation to the auction

Apparently, before entering the auction, the two have been trying to sell this prototype around various buyers, and in December, someone even reportedly offered $1.2 million just to buy this console! Sadly, the auction has sold this console at $360,000, which was probably a gamble wherein they were expecting to win more at the auction rather than the previous buyer who was willing to pay $1.2 million for this console. This specific Nintendo PlayStation played a huge part in Sony Corporation's history, which is why it got that price at the auction.