Paleontologists have recently discovered a new kind of dinosaur that has feathers, long claws and tail and can run like a cheetah. This particular fossil was found in New Mexico, having scars on its claw from a fight as scientists claim. 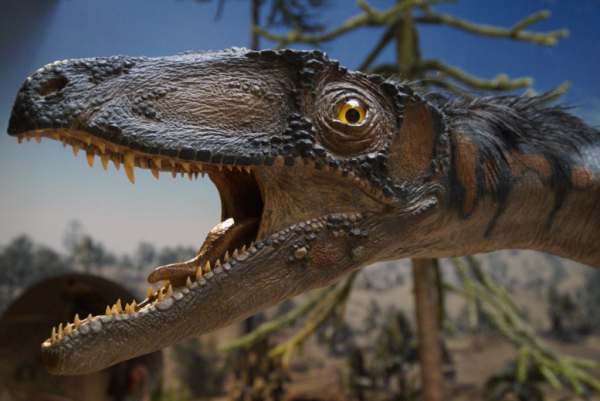 Read Also: WOW! From Spiked Herbivores to Weird Bat-Winged Birds, A Ton of New Species of Dinosaur Fossils Have Been Discovered!

It has been named Dineobellator

It was found by scientists from the New Mexico Museum of Natural History and Science and named after the indigenous people, Dineobellator.

This feathered dinosaur was one of the last raptors of its kind before the mass extinction. It had huge five-inch claws, lightning-fast had a very long whiplash-like tail that can hunt as well as a cheetah.

The State Museum of Pennsylvania experts have been trying to study this new species of dinosaur and have said that this was the last of the raptors.

More dangerous than the Velociraptor

According to Daily Mail, another study from Steven Jasinski This newly discovered dinosaur had such shart teeth and kind of peculiar strong forelimbs and set of legs that enable it to rip apart its prey in pieces.

Dineobellator means 'Navajo Warrior' and this is about three and a half feet tall with a powerful and massively long seven-foot tail.  This was also considered to be a little bit taller and bigger than the velociraptor that was made famous in the movie franchise Jurassic Park.

Jasinski has also said that it would have also been a bit longer than a wolf but weighed less. Probably about 50 lbs because this new species was built for agility and speed. Having sharp and long claws, it would have used these to attack mammals and dinosaurs and jump on them.

The remains were found in the San Juan Basin, New Mexico which is highly well-known to be a graveyard of Dinosaurs. Different parts were included, namely, the wing bones, leg and spine, ribs and as well as the skull.

This dinosaur lived about 67 million years ago, just less than a million years before dinosaurs went extinct after they have been wiped out.

According to Jasinski again, the scars on the claw were at least less than half an inch long and believed to have come from a fight with other Dineobellators.

"A fight between two of them could happen for a number of reasons, but it seems the two most likely are resources like food, especially if these were pack animals as many believe, or mates, especially between two males," said Jasinski.

The Dineobellator also fills a very significant missing information with regards to the evolution of dinosaurs and dromaeosaurids just before the extinction had happened.

Jasinski is hoping that the more he and his team search for clues, the better chance they will ever get in finding more information about the Dineobellator.

Read Also: EVEN BIGGER! Researchers Unearth Ancient Continent That is Actually 10% Bigger Than They Originally Estimated