CORONAVIRUS: A New Mutated Sub-Type Has Been Discovered After a Patient Was Contagious For 49 Days

Scientists are now claiming that they might have discovered a new mutated coronavirus sub-type after seeing a patient who was reported to have been infected with COVID-19 for a record-breaking 49 days. 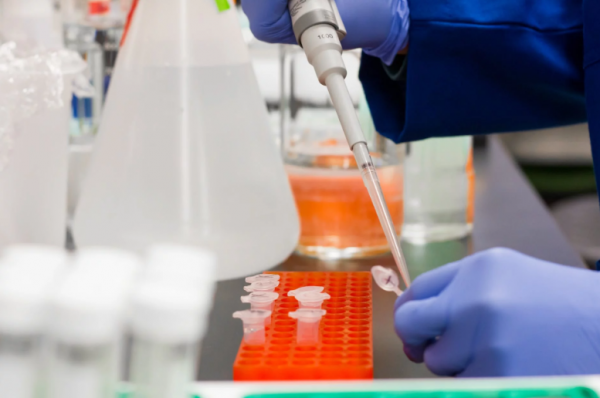 Read Also: Scientists Say That 8% of Those with COVID-19 in Their 50s and 4% in Their 40s Are More Likely to Get Hospitalized

Medical experts have found an unusual case where a middle-aged Chinese man with COVID-19 had mild symptoms and appeared to have developed what they called a "dynamic balance" with the virus.

This chronic case has revealed a particular strain of the virus which can spread among people for a long time even if the host or the infected person has shown no symptoms. This also appears to be just as difficult to cure as the patient had to be injected with the blood of a survivor just to recover.

This Chinese man was tested for SARS-CoV-2 at a hospital in Wuhan, China on February 8. According to DailyMail, the man said that he had been suffering intermittent fever for about a week; he had no other symptoms.

The longer the shedding, the more fatal the outcome will be

The test suggests that the patient was shedding the virus for 49 days which has never been recorded before with any other coronavirus patient. This just shows how an infected person can spread the disease through sneezing and coughing.

Previous research has shown that shedding of the virus can only last for up to 20 days with the longest case being 37 days. The longer it sheds, the more severe the results may be as researcher Dr. Li Tan along with his other medical colleagues have stated.

The team also said that "Interestingly, contrary to the conclusions above, we here reported one of the non-severe cases has the longest duration of viral shedding. Because the patient seemingly could not fight off the disease himself, he needed to be treated with a blood-based therapy being used in China and experimentally in the US and the UK."

The scientists have already talked about the possibility of having two new major coronavirus types: L subtype and S subtype.

Dr. Tan and some of the other colleagues have also said that "L type is more prevalent consisting of approximately 70 percent in all patients and is more likely to spread than S type. We cannot assure that Case 1-associated virus belongs to S type, mutated L type or a new subtype and we cannot exclude an original new subtype that was not identified."

They have also warned the public that other chronic patients who may not be treated because of their mild symptoms could still spread the virus and could eventually cause a new kind of outbreak.

This study was published on medRxiv on March 27.

Read Also: Scientists Say That COVID-19 Still Hovers Around a Patient's Room After Leaving and Can Circulate Through The Air