NASA has always been know to pioneer technology in space exploration that has given scientists opportunities to explore worlds different from our own. This time, however, NASA will be looking more inward as they attempt to monitor volcanic activities on Earth using their CubeSats satellite. It will orbit our planet to gather relevant information that can predict volcanic eruptions. It is their hope that this will help us prepare for large earthquakes in the future, as well as decrease its impact on human life and infrastructure. 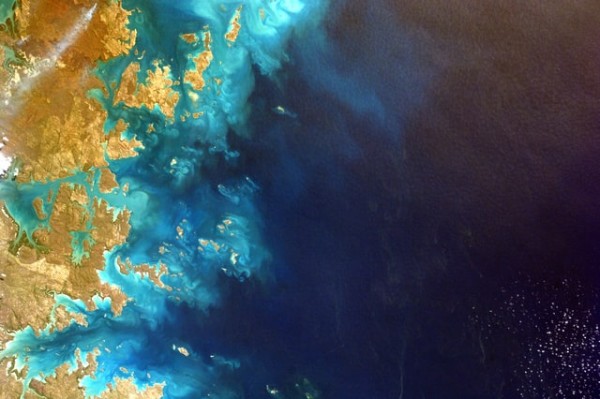 Aside from venturing into space and discovering mysteries of the universe, a research team at NASA is also monitoring fiery globs of molten lava on Earth. On the July 4, 2018, a team of NASAS researchers flew above the Kilauea Volcano in Hawaii demonstrating how can a new instrument can give way for the future deployment of small satellites that have the ability to monitor volcanic activities and changes on the land's surface.

The mission gave way to the creation of CIRES that will help in predicting earthquakes. This was led by Lauren Wye, the principal investigator who also led the recent CubeSats development at SRI International in Menlo Park, California.

Although the previous eruption of the said volcano covered over 50 square miles, the ground deformation is still not completely visible. A piece of highly specialized equipment, however, can locate and gather information regarding these land changes. During the development of CIRES, the team ran into many issues, but these gave way to the team's innovative actions.

"The team ran into a lot of hiccups. It led to a lot of fun exercises," said Wye.

One of the innovative exercises that the team conducted was strapping the instrument to a moving car. They called the car "CarSAR" which carried the equipment along bumpy and elevated roads to see how CIRES picked up information of the valley in the Bay Area of Northern California. The team was able to successfully gather snapshot imagery (SAR) on the previous volcanic eruption of Kilauea Volcano but wasn't able to obtain comparison images or InSAR.

The result that was obtained helped the team understand which aspects didn't work. This led to the optimization of CIRES -- improving its size, management, ability to withstand heat, and its sensor capabilities.

How does CIRES predict earthquakes?

NASA deployed more than 1200 CubeSats, a mini-satellite used for different space research since the beginning of 2020. During the launch of these satellites, 80 of them were destroyed during deployment but more than 1,100 are currently orbiting outer space.

CIRES or "CubeSat Imaging Radar for Earth Sciences" will provide a global map that will give more detailed information on the Earth's geographical changes that can help scientists pinpoint ground motion before an earthquake happens. CIRES is able to do this because of a new kind of radar called "Interferometric Synthetic Aperture Radar" (InSAR) that creates two-dimensional or three-dimensional images that can help analyze the differences of those images -- even millimetric pictures.

At the moment, there are no concrete results yet that CIRES can predict future massive earthquakes. Further studies are still underway. But if it does work in the near future, it will help us prepare for large catastrophic events that will save millions of lives.

Also Read: Coronavirus and Your Mobile Phone: Tracking Down The Virus With Your Mobile