50 sailors from the French Navy's Flagship the Charles de Gaulle test positive for COVID-19 after conducting NATO drills with their allies, including a British warship. Once the news hit about the positive cases, thousands of sailors have since then evacuated and are placed in quarantine. 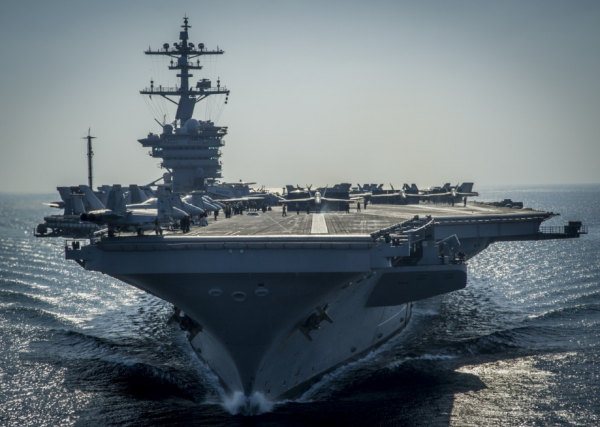 Coronavirus In The Sea

About 2,100 sailors were taken off and have been placed under quarantine when the carrier docked in the southern French port of Toulon. The vessel had to shorten her voyage in the Mediterranean and the Atlantic by ten days due to the coronavirus pandemic.

Sources from the French news channel BFMTV has said, 'at least 40 cases' which arrived around 3 PM on Sunday afternoon. The local authorities said that it was a very meticulous operation in which they had to remove the soldiers and ensure there was no risk for further infection.

Before docking at Toulon, three sailors had been evacuated to the hospital as a 'precaution.'

All of the crew and personnel will be tested, and regardless of the results, they will be placed under quarantine for over two weeks or 14 days. On top of that, there will be no physical contact allowed from friends and family, said the spokeswoman for the regional authorities, Christine Ribbe.

She had this to say, "Our aim is to protect all our sailors and also their families with an unprecedented deployment,"

Read More: Cured Of Coronavirus? Think Again, The Virus Can Reactivate Within You Warns CDC

In this case, only after the quarantine and if everything is safe, they can leave and not before then.

The ship itself, Charles de Gaulle, will be up for a significant disinfection operation to ensure that the virus will not be present or, at the very least, be too minimal to cause any illnesses or add to new cases. We previously made an article about just how far infectious the coronavirus is, and you can read it all here right after this one.

The vessel was already equipped with a med bay and had life-saving equipment ready but wasn't prepared to cater to that amount of cases alone, which prompted for assistance from the French government.

France reported just on Sunday that there had been a lower number of fatalities over 24 hours, with only 315 deaths compared to the 345 the day before.

What Comprised The NATO Led Exercise

Besides the Charles de Gaulle, NATO's Maritime Group One also took part in the exercises. Accompanying them would be a force of the Royal Navy Type 23 frigate the HMS Sutherland.

Charles de Gaulle has over 600 pilots and support crew, including Rafale M fighters as well as AS532 Cougar helicopters. The vessel is the only nuclear-powered aircraft carrier that was built outside the United States Navy.

Read More: Some People Are More Infectious Than Others, Scientists Say; Are You Still Safe?