If there's one group of fans you do not want to get on the bad side of, it's comic book fans--Marvel fans, to be more specific. Because if they don't like it, you will certainly hear about it.

For example, Marvel fans didn't agree at all with the viral challenge "Build Your Own Avengers Team" when Scarlet Witch was included in the lowest tier of Avenger heroes.

According to Cinemablend's latest report, ranking the heroes of the Avengers by placing a price tag that reflects their value is not an easy task at all. Each skill set of the characters are completely unique and different from the other. And knowing this can help you build your own perfect team.

Also Read: Final Fantasy 7 Remake: How to Unlock Every Resolution Scene on Chapter 14 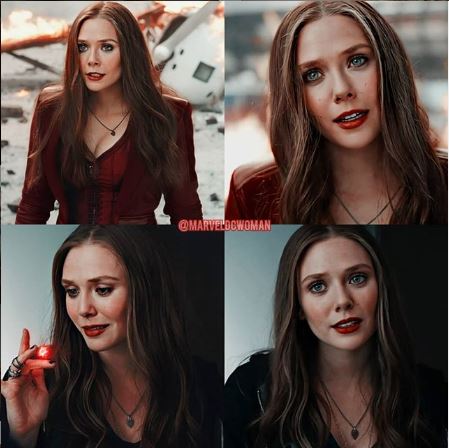 (Photo : Screenshot from Instagram post of @marveldcwoman)
Marvel Fans Didn't Agree With "Build Your Own Avengers Team": Scarlet Witch Priced As A $2 Hero!

However, the loyal fans of Wanda Maximoff a.k.a Scarlet witch were not happy with the given price as they believe that Scarlet is one of the strongest heroes in the Marvel franchise who doesn't deserve to be in the bottom tier.

The viral challenger called "Build Your Own Avengers Team" was posted on Twitter by the Entertainment Weekly on Wednesday, April 22.  It was meant to get Marvel fans involved in creating their own Avengers team with only $15 to spend. Scarlet Witch was categorized in the $2 heroes which really upset a lot of fans.

The second group of heroes priced at $4 consists of Spider-Man, Hawkeye, Ant-Man, Black Panther, and Doctor Strange. Meanwhile, Loki, Star-Lord, Wasp, Gamora, and Groot were on the $3 dollar-tier.

The second-lowest tier priced Rocket, Nebula, Drax, Happy, and Scarlet Witch at $2. And lastly, Vision, Falcon, War Machine, Bucky, and Quicksilver were priced at $1 completing the set at the lowest superhero tier.

Can't believe y'all made scarlet witch $2 when she was bodying the avengers by herself. Give me her and Thor and keep the change https://t.co/Bl8cR5truk — Eliel Ig-Izevbekhai (@Iggy280) April 22, 2020

Placing Scarlet Witch sitting next to Happy Hogan irritated fans even more since he is not considered an Avenger and more of an assistant to Tony Stark/Iron Man.

Fans were so passionate about the grave injustice their favorite Avenger was made to endure that Scarlet Witch was at the top of Twitter's trends for a few hours.

Scarlet Witch's fans are looking forward to seeing the full potential of Wanda Maximoff's powers in Disney+'s "Wanda Vision" which set to premiere on the streaming platform in December 2020. No announcement has been made yet if that date has been pushed back because of the current coronavirus pandemic.