NASA Will Shoot The Moon With a Giant Laser To Find Water: Green Fuel Will Power The Gigantic Flashlight

The National Aeronautics and Space Administration (NASA) is no longer a stranger when it comes to shooting lasers at the moon for scientific purposes. And, according to Fox News' report, once again, the space agency will be sending a laser to the Earth's celestial satellite to look for water on its surface. 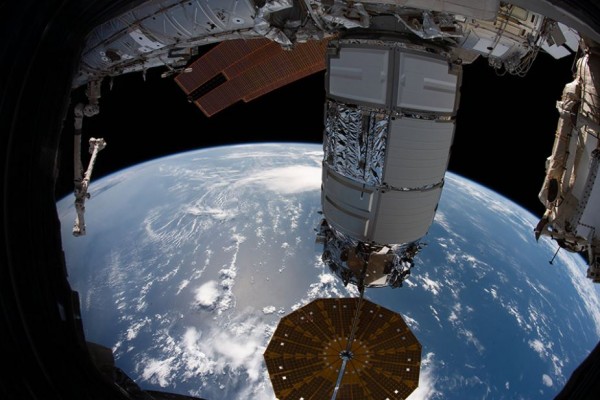 A small satellite (Cubesat) known as a "Lunar Flashlight" was developed by the agency to look for surface ice that may be located at the bottom of the Moon's craters which is believed to have never been touched by sunlight.

"Although we have a pretty good idea there's ice inside the coldest and darkest craters on the Moon, previous measurements have been a little bit ambiguous," said Barbara Cohen, the principal investigator of the mission at NASA's Goddard Space Flight Center.

"Scientifically, that's fine, but if we're planning on sending astronauts there to dig up the ice and drink it, we have to be sure it exists," she added.

The existence of the water on the moon was already known by NASA's researchers because of water vapor which was discovered as early as 1971.

The study was followed by the first evidence of frozen water on the Moon's surface discovered in 2009.

In recent years, different studies were conducted in which experts learned more about water ice on the moon, including its age, the discovery at the polar regions, as well as the fact it may exist all over the Moon's surface.

According to Fox News, NASA JPL, which will manage the Lunar Flashlight, will be using a new "green" fuel which is considered safer to store and transport, to power the gigantic flashlight.

"A technology demonstration mission like Lunar Flashlight, which is lower cost and fills a specific gap in our knowledge, can help us better prepare for an extended NASA presence on the Moon as well as test key technologies that may be used in future missions," said John Baker, the Lunar Flashlight project manager at JPL.

The previous report of NASA explained that a non-toxic liquid fuel could be used for future space missions to venture to the Moon and other celestial bodies.

The new fuel was developed by the Air Force Research Laboratory (AFRL) at Edwards Air Force Base in California, which demonstrated the exceptional features of the new green fuel

According to the latest report of NASA, the new mission of NASA JPL will hover over the South Pole of the moon to look for surface ice in the craters that are largely hidden. This will last for two months.

The mission was proposed in advance before NASA's Artemis program, which is expected to bring American astronauts on the moon by 2024.

Also Read: NASA Plans to Dig Water on Moon to Drink and Use as Fuel