NASA on Thursday, Apr. 30, awarded three corporations contracts worth $967 million to construct spacecraft capable of landing human beings on the Moon. The new space race that NASA hopes would propel the United States back to the lunar surface for the first time since 1972. 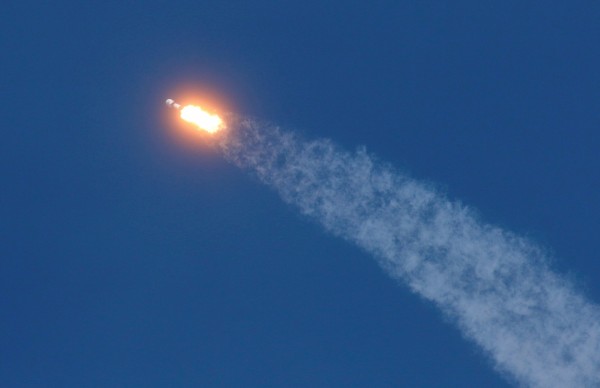 Blue Origin, the space outfit owned by Jeff Bezos; Dynetics, a subsidiary of Leidos, a Reston, Va.-based statistics technology firm; and Elon Musk's SpaceX received contracts. That gives NASA three options that could compete against each other as NASA scrambles to meet an ambitious White House mandate to put humans at the Moon by 2024.

Boeing, one of NASA's key contractors whose software experienced setbacks and delays, also submitted a bid but was not selected.

NASA Administrator Jim Bridenstine said they can meet the 2024 deadline despite the Boeing's rocket that could send astronauts to the Moon might be delayed again.

Still, The Washington Post said the contract is a step towards getting the U.S. Crews to the Moon fast and creating what NASA hopes becomes a permanent presence on the Moon's surface.

"We have put together a national team to go back to the moon," Bezos said in October.

CNBC reported that Lockheed Martin plans to return astronauts from the Moon's surface. At the same time, Northrop Grumman would create the "transfer element," which brings the lander in orbit around the Moon. Draper, on the other hand, would develop the systems' guidance and flight avionics.

The Blue Origin's blueprint would release on more than one rockets, along with the enterprise's New Glenn or United Launch Alliance Vulcan. Both New Glenn and Vulcan are under development, with first launches scheduled next year.

Elon Musk's space employer bid its giant Starship rocket for HLS, which the company has been building and testing out at its facility in Boca Chica, Texas.

SpaceX said the "lunar optimized Starship" might bring a group from lunar orbit to the Moon's surface under NASA's Artemis program.

"A lunar optimized Starship can fly many times between the surface of the Moon and lunar orbit without flaps or heat shielding required for Earth return," the company told CNBC.

The rocket is designed to be reusable so that SpaceX can launch and land it more than once, like a commercial airplane. Starship's shiny external appearance is due to the form of stainless steel that SpaceX is using to construct the rocket.

Starship recently surpassed an essential milestone in its development. The rocket prototype effectively carried out a pressured, cryogenic check on Sunday.

Science and technology corporation Dynetics, a wholly-owned subsidiary of defense contractor Leidos, teamed up with Sierra Nevada Corporation to develop its lunar lander. The businesses have been quiet about the proposal, since confirming in January that Dynetics was won a bid for HLS.