By now, Animal Crossing: New Horizons players would know Redd and his array of questionable art deals where some turn out to be fake imitations of the real deal, something that Blather's museum won't take off your hands, so you can't exchange it for money. 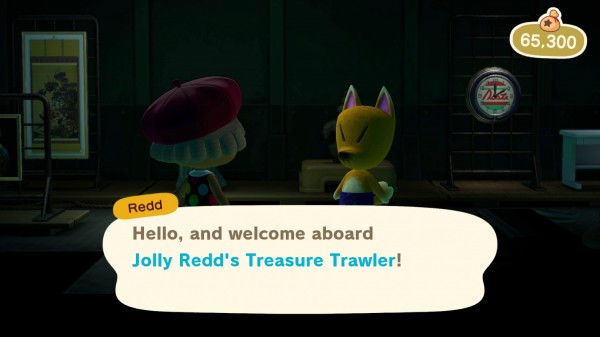 ALSO READ: Update From The World Of Animal Crossing: Scorpions Are The New Bugs In Town

But it appears as though these art pieces aren't just fake, they're also haunted.

In a report by Eurogamer, some of these fake art pieces from Redd are subject to sinister specters that blink, shift, grin, and even levitate when the sun is down. There are also art pieces that morph at night.

Although these seem far off from the usual cute and adorable Animal Crossing: New Horizons imagery, it's definitely happening as some players share their experiences with these haunted objects.

According to the players, the hauntings happen at night, and the pieces revert back to normal when the sun arrives.

In addition, the pieces that are afflicted with the supernatural are the fake ones, so you basically have no choice but to keep them around the house.

Among the haunting pieces in the game are the fake versions of the "Girl with a Pearl Earring," which was created by Johannes Vermeer. Those who own fake, haunted versions would see the girl shutting her eyes when dusk comes.

ALSO READ: Nintendo Switch Resellers Use 'Bird Bot' to Steal Your Switch Right Before You Purchase It

Even creepier, Tōshūsai Sharaku's "The actor Otani Oniji III as Yakko Edobei" would grin. There's also a painting that would turn the opposite direction all by itself when night falls. This painting is the haunted version of the "Beauty Looking Back" made by Hishikawa Moronobu. ACNH players could examine the back part of the painting and would see a figure of a man seeping through.

Statues are Haunted Too

Besides the paintings from Redd, fake statues from the character had also brought the supernatural to some players, including one wherein their ancient Dogū status started levitating when they interacted with it.

There's also another player that said the fake Rosetta Stone they bought from Redd kept glowing eerily after dark.

Although these art pieces might give some Animal Crossing fans a heart attack when they first see the anomalies, these haunted pieces have become somewhat of a must-have, turning fakes into novelty collections to add to their islands.

As of now, these five art pieces are the only haunted ones in the game.

How to Spot a Fake

For those who don't want to acquire these haunted, fake paintings and statues from Redd, Nintendo Life has created a guide on how to spot fake art pieces from the dodgy art dealer.

The best you can do is check each piece carefully before buying them.

For example, the fake "Vitruvian Man" by Leonardo da Vinci would have mug stains on the upper right corner of the piece. Another painting is Rembrandt's "The Night Watch," where the fake one shows the figure in the center with his hat removed.

Nevertheless, certain paintings appear to have no fake versions, such as "A Sunday Afternoon on the Island of La Grande Jatte" by Georges-Pierre Seurat, which means you can buy them in confidence.