The National Aeronautics and Space Administration (NASA) tested the instruments onboard its new Mars rover on the deserts of Australia to determine if the instruments can detect life.

Named Perseverance, the rover will look for signs of past life on the Red Planet. It will investigate the rocks and soil samples in the Martian crater, Jezero. It's an area that scientists believe to be suitable for microbial life. 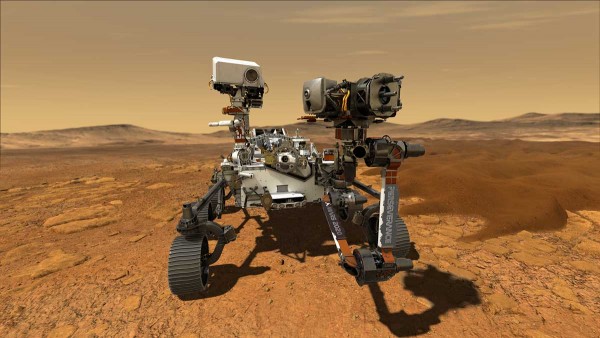 A study using the life-detecting instruments of the Mars Perseverance Rover showed promising results. The Mars rover successfully found real fossils and signs of microbes from hundreds of millions of years ago during a trial in the Flinders Ranges in South Australia, said in a report in Futurism.

The Mars Perseverance Rover will survey the Martian surface carrying seven scientific instruments that can determine a wide range of organic molecules in geological samples.

Researchers told Futurism that using the data collected by Perseverance, they found signs of ancient life and could make an intelligent guess on the environmental conditions during the time of the microbes.

The results of the study appeared in the latest issue of the journal Astrobiology. The researchers said that this development could help lead us to future astrobiological studies into other planets' ancient history.

Bonnie Teece, an astrobiologist from the University of New South Wales, said that it is interesting to note that the rover found signs of ancient microbial life from the Cambrian period.

Teece added that animals first evolved on earth during that period. "We found biomarkers, we found organic compounds, and we found physical fossils and minerals that are associated with biology on Earth."

When asked about why the researchers chose the area, Teece explained that the Flinders Range's landscape is comparable to what Perseverance will encounter on Mars. Like Mars, the area is dry, dusty, and wind-swept terrain.

The heat and pressure in the Flinders Range could degrade fossils under such conditions, which are the same conditions on the Martian surface.

"We wanted to use the same techniques that are on the Rover to pinpoint the best areas for looking for life and show that these techniques work together well," Teece said in the report.

NASA built the Mars Perseverance Rover to continue its long-term exploration of Mars. The car-sized six-wheeled rover will drive across the Martian surface to answer the long-time questions about the potential existence of life on the Red Planet.

NASA said that what makes this mission unique is that it will take our Mars exploration to the next level. The new Mars rover can only search for signs of habitable conditions on the planet, but also seek signs of past microbial life itself.

The Mars Perseverance Rover carries a drill that will gather core samples from rocks and soil. Then, it will set those samples aside in a "cache" on the surface of Mars.

The Mars mission is also another opportunity to learn more about Mars and test technologies that can help solve the challenges of future human expeditions on the planet.

These include testing a method for producing oxygen from the Martian atmosphere, identifying other resources, improving landing techniques, and characterizing weather, dust, and other potential environmental conditions that could affect future astronauts living and working on Mars.