Calling All 2020 Graduates! NASA and SpaceX Wants to Send Your Photos to Space!

To celebrate all graduating students of 2020, National Aeronautics and Space Administration's (NASA) and SpaceX have put together a call for students all over the world to send in photos of themselves that will be taken to space.

These photos will ride with SpaceX's Crew Dragon as they set out for the Demo-2 mission which will take off for the International Space Station (ISS) on May 27 from NASA's Kennedy Space Center. 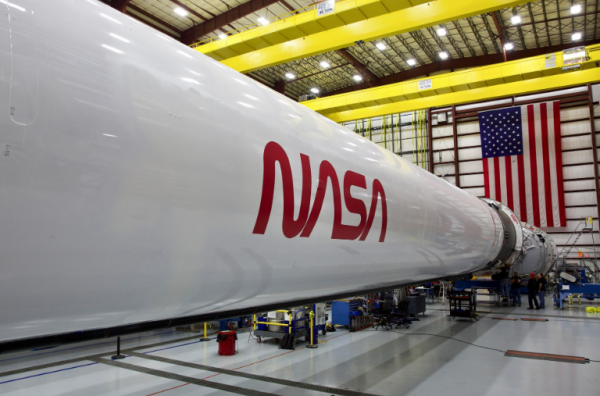 Send your photos to space

As written on the SpaceX website, "In an effort to celebrate the class of 2020-from kindergarten to graduate school-SpaceX and NASA are inviting students from around the world to submit their photo to fly on America's first human spaceflight in nearly a decade. If you graduated or are scheduled to graduate in 2020, upload your photo to the mosaic of Earth below, which will be printed and flown aboard SpaceX's Crew Dragon spacecraft during its upcoming mission to the ISS with NASA astronauts Bob Behnken and Doug Hurley on board."

You can start uploading your photos until May 20 and it will be added to a huge mosaic version of the Earth made up of photos of students from all around the globe. Once the time for launch arrives, the mosaic will be printed out and carried on the space mission along with NASA astronauts Doug Hurley and Bob Behnken to the ISS.

This is a once in a lifetime opportunity for graduates, whether they are graduating from college or even kindergarten, to make their graduation celebration more special. As of the moment, attending graduations personally have been postponed or canceled due to the concerns about the ongoing coronavirus pandemic.

Even though you're not able to attend the graduation with your friends and family wearing a gown and a cap, you can still commemorate it by sending your photos on a mission to space.

Read Also: COVID-19 and the Environment: NASA Backs Up Studies to Know the Full Effect of the Coronavirus Pandemic to Earth

According to Tech Times, SpaceX's Crew Dragon spacecraft only has two weeks left before they set out to launch NASA astronauts Doug Hurley and Bob Behnken to the ISS and this is the first time since 2011. The SpaceX mission is called Demo-2.

"They will be making history as this is the first-ever crewed launch space mission from the United States to orbit since NASA's space shuttle program ended back in 2011. However, Phil McAlister, director of the commercial spaceflight division at NASA headquarters,  has said that even though this mission is approaching, there's still a lot of work to be done," Tech Times added.

Read Also:  Doctors Say Inflammation Might be the Root of COVID-19 Along with Other Diseases Such as Cancer and Dementia