Pirates have attacked a Stolt Apal tanker says a shipping company just off the coast of Yemen; however, there were no reported casualties among the crew. 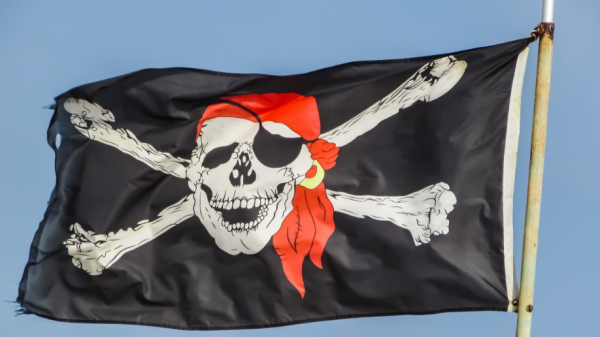 Read More: Pilot in Kobe Bryant Helicopter Crash Did Not Have Drugs or Alcohol in System Based on Autopsy

Stolt Tankers shared the news regarding one of their ships, the Stolt Apal, which came under fire by pirates who dared to try and oppose the armed guards who were present to protect the crew and cargo.

According to reports, the pirates came in force, bringing together two-speed boats as well as six armed pirates who were ready for a fight. the pirates then approached Stolt Apal regardless of warning shots given by the defending armed guards.

Read More: US Space Force Unveils Its Flag in the Oval Office with President Trump

Stolt Tankers spoke with Reuters saying, "After multiple warning shots were fired by the armed guard team aboard Stolt Apal, the skiffs opened fire on the ship. The armed guard team returned fire, disabling one skiff and ending the pursuit."

"The bridge area sustained minor damage from bullets, but there were no injuries, no pollution, and no cargo impacted on Stolt Apal. A coalition warship responded, and Stolt Apal has resumed her voyage," the company added.

Naval forces were luckily nearby sailing through a corridor, and they happened to recognize the genuine threat of an attack that was happening. The incident happened despite maritime security constantly patrolling the waters.

The pirates seemed to originate somewhere near the Bab al-Mandab Strait. This has also been the ninth incident this year of attempted piracy over the Gulf of Aden. The reason why most shipping companies now are bringing in armed guards is to deter the theft and possible loss of their crew and cargo.

Due to the heavy concentration of violence and piracy within those waters, the United Kingdom Maritime Trade Operations naval authority has provided ample warning on its website which advises that all vessels operating in that area "to exercise extreme caution."

ⓒ 2021 TECHTIMES.com All rights reserved. Do not reproduce without permission.
Tags: Pirates Tanker Gulf of Aden Maritime
Most Popular