The highly anticipated mobile spin-off game of one of Square Enix's most popular titles, Kingdom Hearts: Dark Road, may have been delayed, but the developers still shared some news. 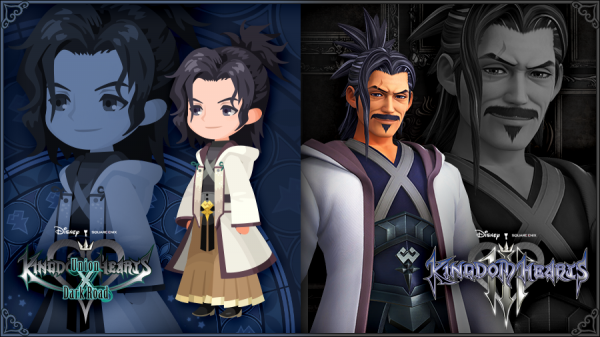 The Return of Xehanort and Master Eraqus

In a report by Gematsu, Square Enix has released new information and shared some screenshots for the upcoming mobile Kingdom Hearts game, showing two returning characters and four new faces.

Among the returning characters are Xehanort and Master Eraqus, two of the franchise's most formidable foes.

As young Keyblade wielders in-training, they work hard, but who’s better at games?

For fans of the game series, these two characters have always played vital roles in the story, ever stopping Sora and his friends, but although they are recurring characters, nobody entirely knows their background.

With that, Square Enix has decided to create a game surrounding the two characters and will most likely center around their friendship and their journey as to why they have ended up on the dark side.

Based on the screenshots that the developers have shared, the game is set when the two characters are still young, so it's possible we might not see the characters we've loved, including Sora and his friends.

The developers are also most likely going to tackle the story of how Xenahort and Master Eraqus formed such a strong bond.

Besides these two recurring Kingdom Hearts characters, there will also be new ones, according to a series of tweets from the game's official Twitter account, namely Urd, Bragi, Hermod, and Vor.

Unfortunately, the developers haven't shared many details about them except for how they look like.

Nevertheless, we'll likely get to learn more about these new faces as the release date of Dark Road draws closer, and the developers share more information about the upcoming mobile game.

Fans of the Kingdom Hearts franchise have been waiting for the game for quite a while since it was announced, but due to the current situation around the world with the coronavirus pandemic, the developers had to delay its arrival.

When Will the Game Arrive?

In a report by NME last May, the developers announced via the game's official Twitter account that the game's development had been postponed due to "current conditions."

Because of the COVID-19 threat, people around the world are urged to stay at home, meaning companies would have to adopt a work-from-home setting for their employees, making development harder.

Tons of gaming companies have been affected, including Square Enix.

Nevertheless, the news outlet reported that the company is still aiming to release Kingdom Hearts: Dark Road this Spring, although they haven't announced the specific date yet.

The game was first announced in January of this year and was initially dubbed as Project Xenahort.

According to Square Enix, the game will include "exhilarating, high speed battles that depend on reflexes" and will be free to play via the Kingdom Hearts: Union X mobile app that is available for both iOS and Android devices.

For those who are new to the franchise, Kingdom Hearts is a top-rated franchise best known for the epic crossovers of Square Enix and Disney characters.

Read Also: FaZe Barker Fired From the Organization Due to a Grave Misconduct; Alleged Victim Speaks Up