Space researchers recently find proof that only a small amount of sunlight would break rocks on asteroids. 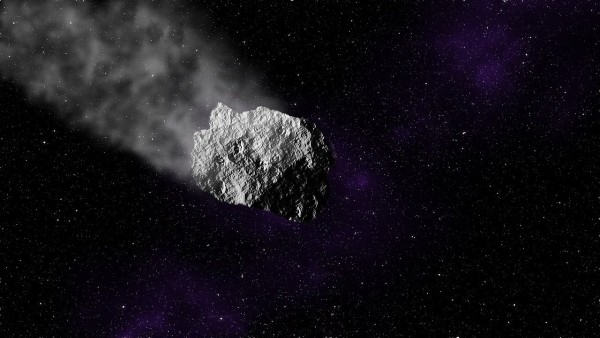 According to NASA's Origins Spectral Interpretation Resource Identification Security-Regolith Explorer (OSIRIS-REx), rocks on Asteroid Bennu tend to split as sunlight heats them during daytime and cool down at night.

This discovery is a big deal for scientists because it can help them identify the age of asteroids. It is believed that these rocky bodies were formed around the same time as the Solar System.

The findings were detailed in a study published in the journal Nature this week.

Thermal fracturing noted for the first time in space

Study lead author, Dr. Jamie Molaro of the Planetary Science Institute, said thermal fracturing had been definitively observed for the first time on an object without an atmosphere.

"It is one piece of a puzzle that tells us what the surface used to be like, and what it will be like millions of years from now," he said.

Rocks expand when they are heated by sunlight during the day and contract as they cool down at night, causing stress that creates progressively growing cracks.

The OSIRIS-REx Camera Suite (OCAMS) collected pictures of Bennu 's surface during its last asteroid flyby while orbiting as little as 0.4 miles from the asteroid. The high image resolution enabled the team of scientists behind the new study to look at a large range of scales for signs of thermal fracturing.

The team found exfoliation signs, where delicate, thin layers on the surface of Bennu are around 1-10 centimeters in size flake off of boulder surfaces, as well as cracks running through the rocks.

Dante Lauretta, the principal investigator of the OSIRIS-REx mission, explained in a statement that thermal fracturing, like any weathering process, causes the evolution of the rocks and planetary surfaces over time.

"How quickly this occurs relative to other weathering processes tells us how and how quickly the surface has changed," he said.

Scientists have long suspected that thermal fracturing on airless objects such as asteroids could be an essential weathering process. Most of these things experience extreme temperature differences between day and night, compounding the stress.

Nearly 127ºC (260ºF) that could reach daytime highs was registered on Asteroid Bennu, and nighttime lows plunge to about minus 73C (almost minus 100F).

Using the OSIRIS-REx Camera Suite (OCAMS) of the spacecraft, the mission team found features consistent with thermal fracturing, which can see features smaller than 1 cm on Bennu.

NASA found exfoliation proof, where thermal fracturing was likely to cause small, thin layers (1 to 10 cm) to flake off boulder surfaces.

OSIRIS-REx also created photos of cracks running through rocks in a north-south direction, along the line of stress that would be generated on Asteroid Bennu by thermal fracturing.

Other weathering processes can produce similar characteristics but they were ruled out by the team 's study.

Asteroid Bennu is a Near-Earth Body (sometimes called a NEO) that orbits the Sun every 436.6 days and arrives within a close distance of 0.002 AU every six years from Earth.

Asteroids are believed to contain the answers to some of the lingering cosmic mysteries as they are made up of the Solar System's remaining material, and so can inform us about how it was formed.