American businesses could be allowed to work with Huawei on setting 5G standards under a new US Department of Commerce rule, report claims. 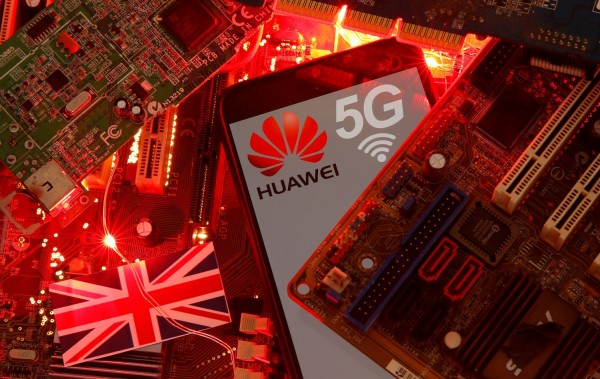 (Photo : REUTERS/Dado Ruvic/File Photo)
FILE PHOTO: The British flag and a smartphone with a Huawei and 5G network logo are seen on a PC motherboard in this illustration picture taken January 29, 2020.

The notice will require the United States companies to participate alongside the controversial Chinese telecom in next-generation networking standards bodies. Reuters said it's under final review.

A change of heart?

The new rule will still need approval from other departments and could be caught up in government bureaucracy, Reuters noted, but it seems like a change. Huawei was blacklisted by the Commerce Department after the May 2019 executive order of President Donald Trump that effectively banned the company from U.S. communications networks.

Although the Commerce Department blacklisted the company last year, engineers in some U.S. technology companies stopped engaging with Huawei to develop standards. The listing left companies uncertain as to what technology and information their employees could share with Huawei, the world's largest telecommunications equipment manufacturer.

Industry and government officials said the previous decision had put the United States at a disadvantage. The listing restricted U.S. goods and technology sales and raised questions about how U.S. firms could participate in organizations that establish industry standards.

The department has outlined a new rule to address the issue after a year of uncertainty--two sources told Reuters. The law, which may still change, essentially enables U.S. firms to participate in standards bodies where Huawei is also a member, the sources said.

The draft is under final examination at the Department of Commerce, and will go to other agencies for approval if approved, the people said. It's not clear how long the entire process will take, or whether another agency will object.

"As we approach the year mark, it is very much past time that this [should be] addressed and clarified," said Naomi Wilson, senior director of policy for Asia at the Information Technology Industry Council (ITI), which represents companies including Amazon.co Inc, Qualcomm Inc and Intel Corp.

The U.S. government is eager to keep U.S. businesses competitive with Huawei, Wilson said. However, the official clarified that their policies inadvertently led to U.S. firms losing their seat at the table to Huawei and others on the list of entities.

U.S. to deal with Huawei alone

The rule would only address Huawei alone and exclude other listed entities such as the Chinese video surveillance firm Hikvision, said the people familiar with the matter.

The Commerce Department cited U.S. charges pending against the company in adding Huawei to the last May list for alleged violations of U.S. sanctions against Iran. It also noted that the indictment alleged that Huawei had committed "deceptive and obstructive actions" to circumvent U.S. legislation. Huawei did not plead guilty in the trial.

The U.S. has long claimed that Huawei, a phone and networking equipment maker, maintains a close relationship with the Chinese government. The rumor raised concern that its equipment could be used to spy on other countries and businesses.

The Department of Commerce declined to comment, while Huawei did not respond to an immediate request for comment.