Website domain registrations are being pinpointed as the source of the recent leak of the next Batman game, alongside the upcoming Suicide Squad games reportedly in the works, Yahoo! revealed.

These web domain registrations were spotted by ResetEra's DriftingOrbit, and were found to be filed earlier this month. These registrations point to "Gotham Knights" as the title of the upcoming Batman game. They also found registrations for a new Suicide Squad game, and a project called "Suicide Squad: Kill The Justice League."

Could these be names of the next games to be introduced? 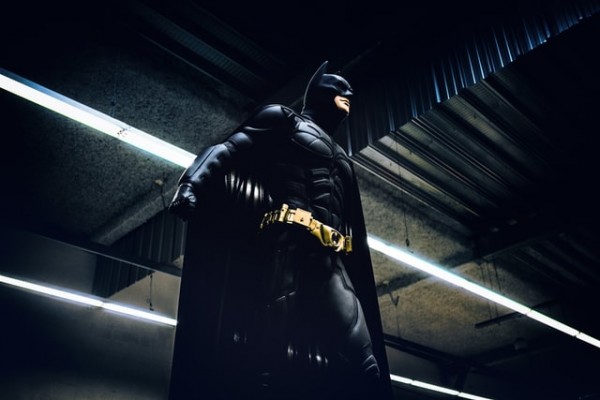 (Photo : Serge Kutuzov / Unsplash)
On Monday, the possible leaks of the 'Batman' game may lead to 'Suicide Squad' in the works?

Right now, these are still mere speculation from the community. However, MarkMonitor supported the claims, implying that they are legitimate. MarkMonitor also manages the WB Games' website registration.

Originally, "Batman: Gotham Knights" was a series in the comic books that was published from 2000 to 2006. They featured Batman and his extended family with the  Alfred, Catwoman, Robin, Nightwing, Oracle, and Batgirl.

A game with a similar title will bring together these characters and will be different from the "Batman: Arkham" game series. "Gotham Knights" is reportedly in the works at WB Games Montreal, the same company behind the prequel to this material, "Batman: Arkham Origins."

Meanwhile, Suicide Squad is being speculated as the next project of Rocksteady, the game studio and the makers of "Batman: Arkham."

Fans of Batman and Suicide Squad will have a free virtual event called the DC FanDome on August 22. The new titles will be revealed during the event, but without the specific details yet. Yahoo! News said players will have to wait for a while.

The virtual event will also feature announcements from the fields of TV, comic books, and feature films. It will also have the cast and the creators of "The Batman," "Justice League" Snyder's Cut, and more.

Media outlets have reached out to DC to request statements about whether WB Games will soon announce new titles at the virtual event. Stay tuned for updates.

In other news, there is a new fan-art surrounding Zack Snyder's Justice League, Screen Rant reported.

After about two years, the fans of the Release of Snyder Cut campaign are overjoyed with the much-anticipated Synder's version of the 2017 film, especially with these fan-arts and Man of Steel watch parties. "Man of Steel" was a 2013 hit movie that introduced Henry Cavill in the titular role, kicking off the new era of DCEU.

The production team from Warner Bros. ensemble is touted to be huge, which includes multiple rewriters of the script, directorial switches, and even more cliff-hangers.

Fans can remember how Snyder needed to drop from the project after a tragedy in his personal life. Joss Whedon replaced him as the director, managing the film and doing re-shoots, reportedly watering down Snyder's takes. This is why fans are clamoring to see the film from Snyder's perspective.