Chernobyl has been portrayed in movies, TV shows, and now even in games as one Minecraft player has faithfully recreated the city and the surrounding area in the game. 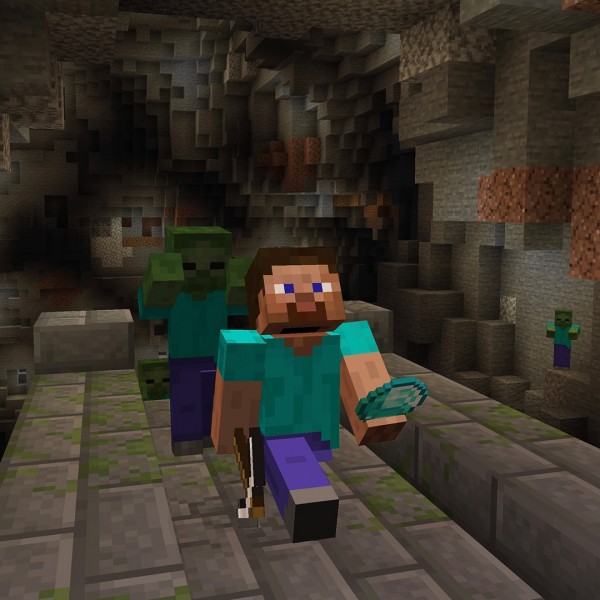 (Photo : Minecraft/Facebook)
The Nether Update is now available on all platforms.

According to Happy Gamer, Minecraft creator Janisko has been working on recreating the city of Chernobyl in-game for two years now, creating a large and expansive area that features the buildings and structures that can be seen in the real Ukrainian city.

Janisko did mention that the map was used with Minecraft 1.12.2 Java version. That means players on PC and mobile devices will have to find a way to convert to this version to visit the city in-game.

"The map will be made for playing survival, so there will be no things like hollow buildings. On the contrary, I am preparing a very sophisticated project, which will primarily imitate the real Chernobyl Zone, and there will be somehow built maps from the game series S.T.A.L.K.E.R.," the player said.

In order to recreate the infamous ghost city, Janisko used various resources, including photos taken from the area and Google Maps. But he does have problems with interiors as those are rarely photographed.

He used two main tools: Worldpainting and McEdit2. The Minecraft creator also said that changes will be necessary and that he would welcome any information about the Chernobyl Exclusion Zone for the project.

For those who want to see a side-by-side comparison of some of the structures in Chernobyl in real life and in the game, Janisko has added a few on the Planet Minecraft Page.

In addition, there's a new item that players can mine called Netherite which is stronger than Diamond. It would work well for crafting some durable armor to use against the enemies they encounter as they explore the new world.

The update will also include four new biomes: the Basalt Deltas, Soulsand Valley, Crimson Forest, and the Warped Forest.

Players might also hear something new as they're playing the game since the update also includes some new background music and ambient sounds.

The Nether Update is available on all platforms and should include over 300 bug fixes.

Mojang Studios has also created a new adventure that revolves around Nether, entitled "Way of the Nether," where players can explore deep into Nether to find the missing mayor of Poppy Isle and save him. Unfortunately, "Way of the Nether" is only available for Minecraft players who are playing the Bedrock version.

The new update has every player excited, especially as the game is also coming to next-gen console Xbox Series X and will allow players to toggle between the game's graphic style now as well as a version that will use the system's ray tracing. With it, the game will have more realistic lighting and shadows.