Experts have reported a mysterious spike in radiation levels in the atmosphere over northern Europe, specifically in Scandinavia. Based on the investigation performed by a Dutch health agency, they believe the source was a power plant in Russia. 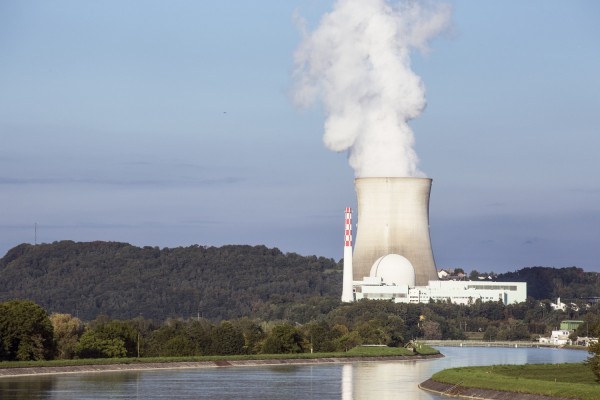 (Photo : Jakub Orisek from Pixabay)
According to European watchdogs, the radioactive spike over northern Europe came from Russia.

The spike was first reported by several Scandinavian watchdog agencies that detected elevated levels of radioactive isotopes or radionuclides. Radionuclides are atoms with unstable nuclei with the excess energy released through radioactive decay and are byproducts of nuclear fission.

According to Livescience, Russia has two nuclear power plants: one in Kola and another in Leningrad. However, according to the report of Russian news agency TASS, both power plants have denied any leak that may have caused the radioactivity spike in northern Europe.

Both the Leningrad nuclear power plant near St. Petersburg and the Kola plant near Murmansk are reportedly operating normally "with radiation levels being within the norm," according to TASS.

Moreover, the Associated Press noted that a spokesperson from Rosatomenergo said that the radiation levels surrounding the two nuclear power plants in the region have remained the same since the start of the month and are still unchanged.

They continued to say that there are no reports or complaints regarding the equipment's work, and there were no incidents related to any release of radioactive isotopes reported.

Only a few measurements have been done. As such, the monitoring agencies weren't able to identify the source. However, calculations performed by a watchdog in the Netherlands have shown that the radioactive isotopes have come from "the direction of Western Russia."

The Comprehensive Nuclear-Test-Ban Treaty Organization's Executive Secretary, Lassina Zerbo, wrote on his official Twitter account that they had detected particular concentrations of cesium-137, cesium-134, and ruthenium-103.

They have detected these elements over southern Scandinavia, some parts of Finland, and at the Arctic.

"The radionuclides are artificial, that is to say, they are man-made. The composition of the nuclides may indicate damage to a fuel element in a nuclear power plant," said an official from the Netherlands' National Institute of Public Health and the Environment, that analyzed the isotope data.

According to experts, these pose no threat to humans.

An echo of the Chernobyl disaster?

The current situation does have similarities with the events following the most significant nuclear disaster that has ever happened in history.

Based on an account from the European parliament, the event in northern Europe echoes the event just a few days after the Chernobyl nuclear meltdown, wherein a Swedish nuclear power plant detected elevated levels of radioactivity. Apparently, this is not the first time a mysterious radioactive cloud has been linked to Russia.

According to the Washington Post, in November 2017, a radioactive plume with at least a thousand times more than the normal levels of ruthenium-106 was detected over Europe and that experts believed it came from Russian power plants.

The plants have denied all allegations, but a 2019 study published in the journal Proceedings of the National Academy of Sciences suspect that a nuclear reprocessing plant is a primary suspect in the 2017 incident.

Read Also: [New Discovery] Unusual Echoes at the Center of the Earth Seen and Heard by Scientists: What is it?