[COVID-19 Update] Who Will Get The Coronavirus Vaccine First? 'Panel Of Experts' Will Decide, NIH Says

As the race to the COVID-19 cure continues, the National Academy of Medicine, considered to be "outside panel of experts" will decide who gets the vaccine first in the United States, according to public officials who took part in a Senate hearing on Thursday, July 2, CBS News reported.

Currently, there are various candidate vaccines being developed and tested, and fortunately, many of these efforts are showing promising results, World Health Organization (WHO) data revealed. 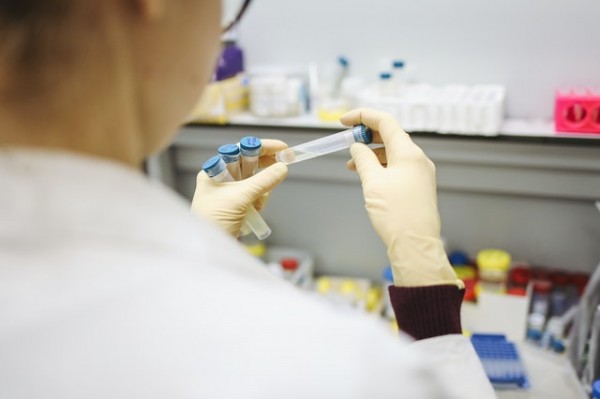 (Photo : Polina Tankilevitch / Unsplash)
Here are the details on how you can get vaccinated.

For instance, a vaccine known as Moderna is being developed together with the NIH, and is expected to reach the final phase of human trials later this month. More vaccines are reportedly being rushed through human trials.

Early conversations on the coronavirus vaccine

Federal health officials are reportedly in early talks with the academy and may refer to the non-government panel to provide recommendations and health advice, according to Francis Collins, NIH director during the Senate meeting.

Overseeing the distribution of the vaccines is the Centers for Disease Control and Prevention (CDC). Collins said, "This may be a moment to actually bring together a group of big thinkers who can take a high-level view of this that can lay out a foundation of principles."

Senators also reiterated that there must be a "distribution framework" present, and then it should publicized before the vaccine is declared safe and effective.

There should also be strategies that will determine how the vaccines can reach underserved communities, including pharmacies and mobile units in the locality. CDC director Robert Redfield said they want to learn from the mistakes during the previous outbreaks, for instance, the 2009 swine flu pandemic.

Also Read: How to Identify Which Facemask to Wear and Not During COVID-19 Pandemic? Here are the Least and Most Effective Ones, According to Research

Opposition to the 'Panel of Experts'

Democrats on the Senate panel questioned the terms under which the administration could step in and refuse a patient for the vaccine if the company has high costs.

Usually, these vaccines should first get to frontliners and health care workers, and then the seniors, and the medically-vulnerable communities. The next in line will be others in high-exposure jobs like food distribution.

Politics may enter along the way, including challenges such as the lack of resources and procedures on how to reach under-represented sectors such as Black-Americans, Latino-Americans, and low-income populations.

The chair of the Senate health committee, Sen. Lamar Alexander suggested the idea of having these panels of experts decide on a distribution framework. The question, according to Alexander, is on how quickly they can draft the plan.

Meanwhile, Collins said that the discussion on these panels leading the decision-making process is already in the "early stages." However, no responses yet from the National Academies of Sciences, Engineering, and Medicine have been recorded.

COVID-19 has continued to cripple the world. While many stores are still closing down, there are businesses that have choses to re-open already while following strict social distancing guidelines.

With over 10 million infections worldwide, heightened alerts and management are being placed, including the recent call in the United Kingdom to remain calm as there are establishments opening this weekend.

In the United States, Americans are celebrating the 2020 Independence Day this July 4 amidst the coronavirus.

ⓒ 2021 TECHTIMES.com All rights reserved. Do not reproduce without permission.
Tags: COVID-19 Vaccine Coronavirus
Most Popular