Tesla Gears Up to Building New Factory in Asia, Outside of China

Elon Musk hints a possible next factory for Tesla in Asia, and it will not be located in China.

Tesla builds more factories than cars nowadays. According to Electrek, aside from constructing new plants in Berlin, Germany, and Austin, Texas, the car company also expands its Gigafactory in Shanghai, Nevada, and in Fremont. 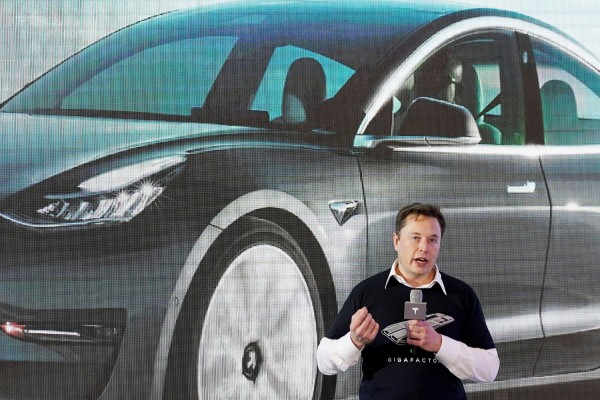 However, Tesla is still expected to build more factories in its aim to trigger greater use of electric vehicles and renewable energy.

Replying when asked if the company would "expand mega factories in Asia outside China," the CEO replied in a tweet on Monday, July 6, cueing at the location of Tesla's next car plant. "Yeah, but we first need to finish Giga Berlin and a second US Giga to serve the eastern half of North America."

Yeah, but first we need to finish Giga Berlin and a second US Giga to serve eastern half of North America — Elon Musk (@elonmusk) July 5, 2020

Musk also confirmed the company's plans for expansion. However, he did not expound on any specific detail more than "Asia." Yet, people were quick to suggest Japan and Korea, where the automotive industries are robust. Musk also did not discuss when the current factories being built will be completed. However, based on Tesla's timelines, those factories are scheduled to start producing cars by the end of 2021.

Tesla began producing electric vehicles in China in January, which marked a major leap in Musk's vision to dominate the EV market. Local car production in China could help Musk build on the momentum as it is also the largest market for gas vehicles. Tesla offers its Chinese clientele with competitive prices as those local cars like NIO Inc. and Xpeng Motors while limiting the cost than expensive vehicles. According to a tweet by Elon Musk, the use of Tesla Supercharger in China and the Asia Pacific has steadily increased, which may reflect the growing EV market in these areas.

While there was a great drop on Supercharger usage due to pandemic during the first half of the year, Musks chart shows charging started to normalize last month, after a sharp drop in China's Supercharger use in February to nearly 30%. In the Asia Pacific, charging sessions dropped from ~90% to below 80% while that in North America and Europes dropped to ~30% in April.

Meanwhile, the most recent Tesla Supercharger usage, which Musk tweeted, shows a surge in charging sessions since the pandemic. As of June 10, both Supercharger usage in China and the Asia Pacific's skyrocketed to 100% while those in North America and Europe increased to nearly 80% and over 60%, respectively.