The concluding work from Jenny Kleeman in her new book takes the reader into the future of reproduction, revealing a world where babies can develop outside the mother's womb. Believe it or not, in ziplock bags. The trial: with lambs.

"The lamb is sleeping. It lies on its side, eyes shut, ears folded back and twitching. It swallows, wriggles and shuffles its gangly legs. Its little half-smile makes it look content, as if dreaming about gambolling in a grassy field," the author, Jenny Kleeman, wrote on the Daily Mail Online. This was her opening statement.

Sooner or later, the world may begin growing babies outside the mother's womb but in ziplock bags. In a recent experiment with lambs, the results from this have been positive. 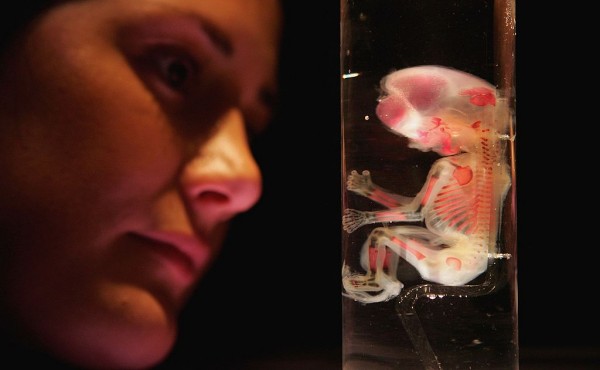 Lambs are usually needing more than 1000 days in gestation, separate from the mother, and the research was done in Philadelphia, the report added. The lamb is placed within a fluid inside a ziplock bag. How about the umbilical cord? This cord is connected to tubes filled with blood. This artificial womb is growing a fetus.

Known as the concept of ectogenesis, this reproductive process places the fetus in the bag and after a few weeks toward full term, the bags will be unzipped and the health care specialists can tell when the nose starts to press up against the sides of the bag.

However, Kleeman made it clear that this is not a substitute for the full pregnancy. She wrote, "The lambs in this trial weren't conceived in the bag: they were taken from their mothers' wombs at a gestational age equivalent to around 22 to 24 weeks in humans - and then submerged in the so-called biobag."

Cannot be replicated among humans

If you are baffling about whether this will soon be implemented among humans? The answer is no, for now. However, researchers are brave enough to experiment on getting a human baby in a ziplock bag, once it has been ethically approved.

Hopeful, this concept of ectogenesis pertains to reproducing a fetus outside the body of the creatures and humans, and is not a new thing. In 1923, it was conceptualized by British geneticist J.B.S Haldane.

The British geneticist imagined the future of reproduction where they can take away an ovary from a woman and grow this inside a fluid for two decades, producing a fresh ovum monthly. From this, approximately 90 percent can be fertilized with the embryos grown in the full nine months, before being "brought out into the air."

For these scientists, these are the solutions to "falling populations."

But at the end of the day, could this be different when the babies are grown, among humans most especially, when they will be identified to have grown in ziplock bags? Tell us what you think by participating in the conversation and posting your comments below.