NASA is planning to begin a new mission, involving a powerful telescope to research the universe. Instead of bringing the telescope into space, NASA's Jet Propulsion Laboratory will release a massive balloon in the stratosphere. 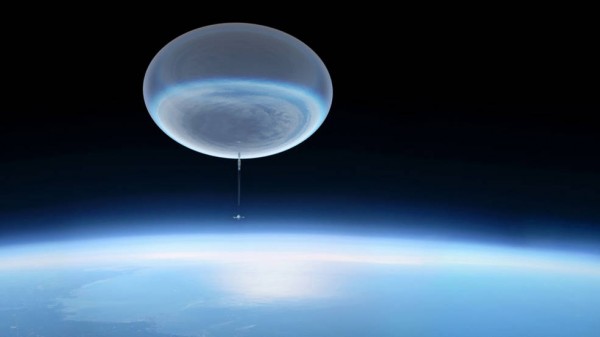 ALSO READ: China's Ambitious Tianwen-1 Mars Rover Rockets Away From Earth; Will it be Successful?

When will they release the huge balloon?

JPL said the ASTHROS is tentatively scheduled to launch off Antarctica in December 2023. Over three to four weeks, the project is expected to make two or three loops around the South Pole powered by stratospheric winds.

"[The ASTHROS] will spend about three weeks drifting on air currents above the icy southern continent [Antarctica] and achieve several firsts along the way," according to the statement.

When airborne, the telescope placed below the 400-foot-wide balloon, which scientists on the ground will monitor in real-time, will set their sights on four missions, JPL said.

These include two star-forming regions within our own Milky Way galaxy, Messier 83 galaxy and TW Hydrae, a young star surrounded by a large disk of dust and gas which scientists believe may form planets.

What is it all about?

According to NASA, the ASTHROS telescope is designed to detect far-infrared light, which is longer than the light that is visible to humans. The telescope needs to travel at an altitude to take advantage of this function.

ASTHROS is expected to collect photographs and data to help scientists understand star and galaxy formation better. It will be able to absorb light wavelengths without being obscured by the Earth's atmosphere.

To do this, ASTHROS must fly at an altitude of 130,000 feet or 24.6 miles, which is around four times the average commercial airliner height. While the ASTHROS must travel at an incredibly high altitude, it will be situated approximately 62 miles below the space limit.

A huge balloon that is as large as a football stadium can hold the ASTHROS telescope, which is about 8.4 feet tall. Because of the number of advantages, it has over a space-based telescope project, it has chosen to go for a balloon-based mission, according to NASA.

As the agency has noted, it is much easier to aim a telescope into the stratosphere using a balloon than to bring one into space. Apart from its low cost, planning and designing balloon missions take a shorter time than space-based ones.

These factors allow the mission to take higher risks, which can open up new possibilities for NASA to use balloons in the field of future projects.

"With ASTHROS, we're aiming to do astrophysics observations that have never been attempted before. The mission will pave the way for future space missions by testing new technologies and providing training for the next generation of engineers and scientists," he added.