The National Aeronautics and Space Administration (NASA) released an alert that on July 24, an asteroid that is 50 percent larger than the famed London Eye will pass past Earth. The US space boffins have named it Asteroid 2020 ND. NASA also classifies the asteroid as a potentially hazardous asteroid (PHA) and a Near-Earth Object (NEO). The diameter of the asteroid is estimated to be 120 to 260 m. 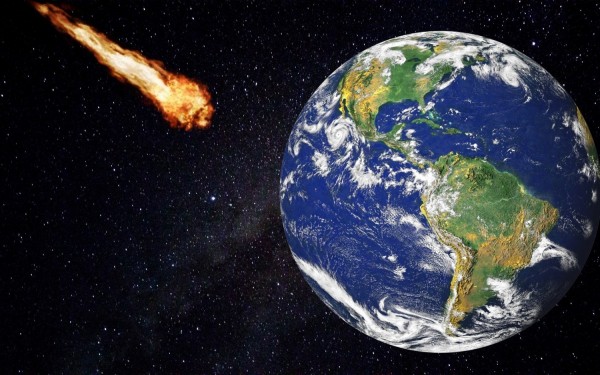 There's nothing to think about because it's not going to be the first time that the asteroid hits Earth, it's done so at least five times before as per NASA. It maintains an orbit around the Sun that periodically lets it come close to both Earth and Mars.

Asteroid 2020 ND, according to NASA, would be as close to our world as 5.086 million kilometers. It is flying at high speed of 48,000 kilometers per hour.

ALSO READ: Rare Comet That Will Only Be Back After 6,000 Years Will Light Up the Sky This Month! Here's How to Watch!

Will it collide our planet? Can we even see it?

While the odds of a large asteroid impacting Earth are low, NASA estimates that every year there is one in 300,000 odds of a space rock affecting that might inflict harm. But the catastrophic possibility is not unlikely.

Asteroid 2020ND doesn't seem to be apparent to the naked eye. Even the stargazers would have trouble spotting it with fairly strong telescopes.

Are there other asteroids incoming?

Likewise, NASA's Center for Near-Earth Object Studies (CNEOS) estimated that the 2016 DY30 asteroid would orbit the Earth. The asteroid has also been classified under the Apollo asteroid group. It crosses the Earth's orbEarth it passes around the Sun.

The least dangerous of the lot is the 2020 ME3 asteroid. It will travel adjacent to the Earth at a distance of 5.086 million kilometers. This has also been classified as an asteroid of Amor because it rarely crosses the Earth's direcEarthand only flies on a few occasions near the surface.

What has further troubled the scientists is the ferocious speed at which the two asteroids expected to cross the planet this month. While the 2016 DY30 is traveling at a speed of 54,000 km/h, the 2020 ME3 is coming toward the Earth at 16000 km/h. Out of the two asteroids, 2016 DY30 is the smaller one with a width of around 15 feet.

PHA vs. NEO: What are those?

According to NASA, potential hEarthous asteroids (PHAs) are currently identified based on parameters that measure the potential of the asteroid to make threatening close approaches to the Earth.

On the other hand, NEOs are comets and asteroids nudged into orbits by the gravitational pull of surrounding planets, causing them to reach Earth's neighborhood. Other planets are initially formed in the cold outer planetary system. In contrast, most of the rocky asteroids formed between Mars and Jupiter orbits inEarth'srmer inner solar system.