Wonder What It's Like to Travel at the Speed of Light? NASA's Cute Animation Will Show You

National Aeronautics and Space Administration (NASA) will show you what it is like to travel to the speed of light using a short animation video. If you're interested in science fiction, you might have already read books or watched movies about space travel, where humanity spread throughout the Universe.

This NASA Animation Shows What It's Really Like to Travel Close to The Speed of Light pic.twitter.com/3eFRnW42Rt — pet lovers (@rickygaram) August 23, 2020

The fictional aircraft are seen to "fold space," using a warp drive, have a "jump" drive, or a faster-than-light (FTL). However, the law of physics shows that these are currently impossible to achieve.

But, traveling "close" to the speed of light might still be possible since the Universe could allow it, which will need a tremendous amount of energy. Near-light-speed travel will still have sorts of challenges that astronauts will face.

To provide people with more understanding of how it will work, NASA released a short animation titled "NASA's Guide to Near-light-speed travel." The space agency used an interstellar alien-like traveler cartoon as the main avatar in the video, that built a spacecraft capable of traveling at 90% the speed of light.

The short video was released for people to have better insights into what it is like to be an interstellar traveler. Although the animation did not explain how the spacecraft is built, it showed the big issues that will be faced once you travel around in a relativistic Universe.

The big issues a traveler will face during near-light-speed

The need for shielding in the interstellar medium, time dilation, and the duration it will take to travel the to the nearest star, such as Proxima Centauri, are just some of the problems the space traveler will face during near-light-speed travel. 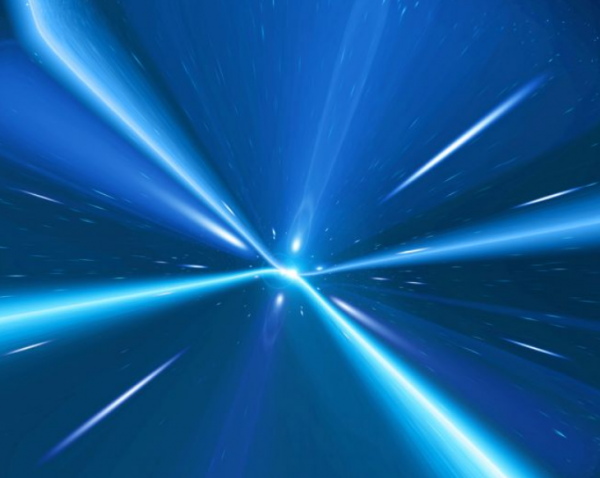 BEYOND OUR HORIZON
5. Light and Time
As we know that Light is the fastest thing in existence. It is Massless but has Energy.
Time dilation says that time will pass slower for someone traveling near the speed of Light relative to someone standing still.
Think about it! pic.twitter.com/ckY5PbkVSQ — Time Vortex (@_Precious_7) May 5, 2020

Space scientists are currently looking for ways to resolve the issues. Breakthrough Starshot, a project that plans to launch a laser-powered lightsail to Alpha Centauri in the coming years, is one of the experts' initiatives.

The program's propose spacecraft has the capability to reach 20% the speed of light and complete the space flight in just 20 years. The project also made some creative solutions to deal with the near-light-speed's problems, including communications, shielding, types of instruments and cameras, and the type of "sail" that will be used.

ⓒ 2021 TECHTIMES.com All rights reserved. Do not reproduce without permission.
Tags: NASA Travel Speed of Light Animation Guide
Most Popular