On Tuesday, Sept. 15, a fire erupted in Beirut souk. A building designed by a famous Iraqi architect caught fire as it was being repaired from the last Aug. 4 massive Beirut explosion that killed at least 200 people. This fire incident was already the third time in the same area of the last explosion within this week.

After the Beirut explosion comes to another three fire incidents 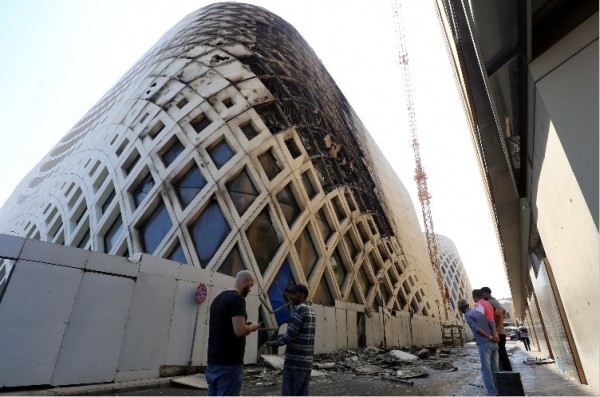 (Photo : REUTERS/Aziz Taher)
People stand near a damaged site after a fire erupted in a landmark building in Beirut's commercial district, Lebanon September 15, 2020

A famous building under repair due to the recent Beirut explosion on Aug. 4, was recently caught fire. No injuries or casualties were reported in the incident.

However, the location of the building was near the port wherein the massive explosion happened. Arab News reported that there was still no found cause behind the said fire case.

First Lieutenant Michel Al-Murr, of the Beirut Fire Brigade, identified that only the exterior of the building was damaged, which had materials like "fiberglass and resin, and compressed."

The building was scheduled to be finished repairing since 2019. However, due to delays caused by a coronavirus and the recent explosion, Hadid's building did not achieve its opening date for the visitors.

"It should have been finished in 2019, but bad events continue in downtown Beirut, the date of its opening has delayed. Now, I doubt that it will rise again in light of these losses," said Abdul Rahman Sultan, the owner of the steel company that was working on the implementation of the design of the building's facade, told Arab News.

Surprisingly, that was the third time-- within a week-- that a fire occurred near the port area, wherein the first and biggest explosion happened.

Two recent fires were reported in Beirut, including a huge one on Thursday, Sept. 10. That fire caused panic to the residents living near the area since the massive Beirut explosion only happened more than a month ago.

Just like this present one, there were still no reported causes of fire incidents. 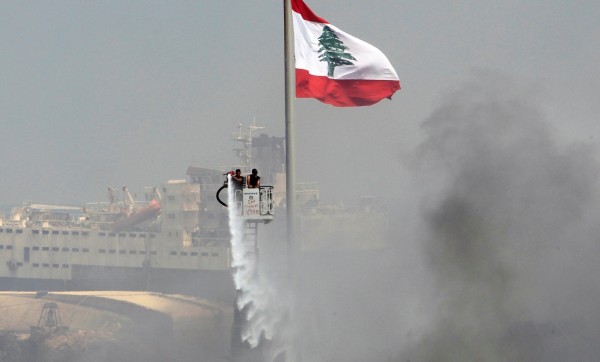 (Photo : REUTERS/Aziz Taher)
A man uses a water hose to put out the remains of a fire that broke out at Beirut's port yesterday, Lebanon September 11, 2020.

The world was shocked when they first heard about the Beirut explosion that happened on Aug. 4.

At least 200 died, and more than 6,000 people were left injured due to that explosion. As Tech Times recently reported, Lebanon's Army found a positive content of 4.35 tons of ammonium nitrate near the Beirut port entrance.

This was the explosive chemical that was said to be the main cause of the massive explosion.

Due to the incident, a lot of groups rioted and protested against the government handling of the case. Even some of the officials from Lebanon resigned from their posts due to the incident.