The Universe Has a Halloween Treat as Rare Blue Moon Will Rise on Oct. 31

This year's Halloween may not be the same as the previous years due to the COVID-19 pandemic, and everyone is expected to strictly follow safety measures to lessen the risks of exposure to the virus, but the universe has a little treat to make Halloween a bit better--a rare Blue moon rising. 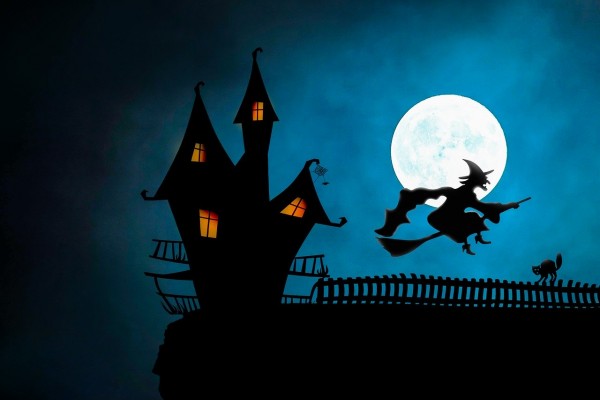 (Photo : Myriam Zilles from Pixabay)
A Blue Moon will be rising this Halloween, and it will be a special one.

According to a Daily Mail, the rare Blue moon will be visible for anyone in all time zones.

Of course, the moon won't exactly be shining Blue despite the name and despite edited and filtered photos of our nearest neighbor tinted in Blue; however, it's the name given for the second full moon that occurs in a month.

The first full moon will happen on Oct. 1, followed by the rare Blue moon that will rise on Oct. 31, and this happens only seven times in 19 years, meaning the next one won't happen until 2039.

However, this Blue moon is even more special as this is the first time in decades that a Blue moon will be visible for anyone across the globe--something that hasn't happened since 1944 during World War II.

Everyone in North and South America is expected to have a glimpse of the Blue moon this Halloween, as well as people from India, other parts of Asia, as well as in Europe.

Read Also: 'Space Hero' Reality Show: Here's Your Chance to Travel and Live in Space and ISS for 10 Days on 2023!

A Brief History of "Blue Moon"

Nevertheless, where did the term Blue Moon come from?

According to an article by Sky and Telescope, the term "Blue Moon" has already been around for 400 years, giving birth to different meanings and was used to either say "absurd" or "never" in the 16th century and 18th century, respectively.

However, it turns out that the moon can actually turn blue--at least by how we see it here on Earth.

For a moon to turn blue, EarthSky noted that the sky conditions should align perfectly and that large particles of smoke and dust are needed to create the illusion of a blue moon, such as what happened in the year 1883 when the Indonesian volcano Krakatoa exploded. The dust in the sky has made sunsets look green and the moon blue for at least a couple of years.

Blue moons do happen, but they are incredibly rare and hard to predict when one will rise in the sky, whence the term "once in a Blue Moon," which apparently grew popular during the 19th century.

Interestingly, the term hasn't been used to describe the second full moon in a month until the last few decades.

How to Catch a Blue Moon

For those who want to check this year's rare Blue Moon out, all you really need to do is look up to the sky, and it should be smiling down on you as you go from door to door, probably with a Karen Halloween mask on, asking for treats from your neighbors.

This year's Halloween celebration may not be the same, and with everything going on in 2020, a rare Blue Moon can definitely make things feel a little better.

Nevertheless, everyone is still expected to wear masks whenever possible, observe physical distancing, and always to sanitize.

Read Also: Estée Lauder Will Pay NASA Astronauts THIS Much an Hour Just to Shoot New Skincare Ad in Space! It's Equivalent to an Annual Pay for Some!