Remember when NASA reported about an air leak inside the International Space Station (ISS) in 2019? After almost a year, astronauts in ISS finally found the main source behind this incident. Here's why it's happening.

Why NASA faces an air leak inside ISS? 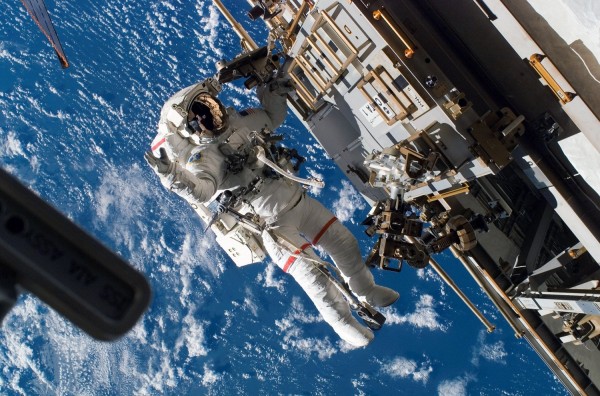 (Photo : Photo by NASA via Getty Images)
In this handout photo provided by NASA, Astronaut Rick Mastracchio, STS-118 mission specialist, participates in the mission's third planned session of extravehicular activity (EVA) as construction and maintenance continue on the International Space Station August 15, 2007 in Space. During the 5-hour, 28-minute spacewalk, Mastracchio and astronaut Clay Anderson (out of frame), Expedition 15 flight engineer, relocated the S-Band Antenna Sub-Assembly from Port 6 (P6) to Port 1 (P1) truss, installed a new transponder on P1 and retrieved the P6 transponder.

The source of the small 'growing' leak inside NASA's International Space Station has been successfully solved by astronauts.

After pulling an all-nighter in the space station, the astronauts find the leak source in the Zvezda Service Module's main work area.

NASA astronaut Chris Cassidy and Roscosmos cosmonauts Anatoly Ivanishin and Ivan Vagner made a series of tests to find out the main source of the leak.

They close all the compartment hatches one by one and uses a device that was said to be a leak detector.

This time, they found that the leak is found somewhere inside the Russian segment service module. They haven't yet know the leak's exact location, but astronauts said they were sure that it is from the service module.

This Russian-built facility inside the ISS is where the space station's living quarters are found along with life support, communications, and propulsion systems. Making it called the main work area of the space station.

NASA said before that the leak was growing in size, but astronauts eventually clarified that the hole is not getting bigger-- but rather made to appear larger from the ground due to a temporary change in temperature.

Will this leak harm anyone? 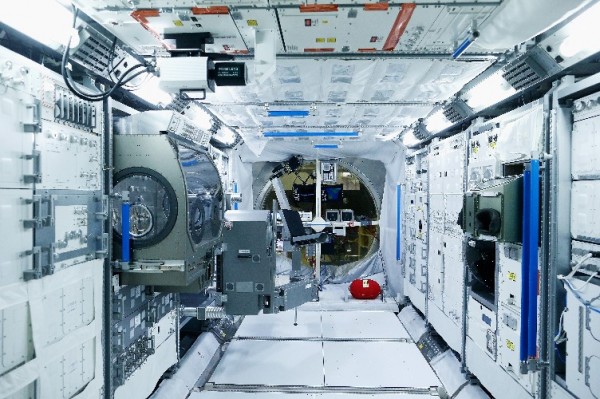 (Photo : Photo by Dean Mouhtaropoulos/Getty Images)
A general view of inside the Columbus replica / simulator as is attached to the International Space Station or ISS in the ESAs Planetary Robotics Lab, part of the Automation & Robotics Labs, together with the Telerobotics and Haptics Lab and the Orbital Robotics Lab at the European Space Agency on April 14, 2016 in Noordwijk, Netherlands. Space is such a harsh place for humans and machines that future exploration of our Solar System will most likely involve sending robotic explorers to 'test the waters' on uncharted planets before sending humans. The 'Multi-Purpose End To End Robotics Operations Network', or Meteron, project is preparing for that future.

Luckily, NASA reiterated that no 'risks' are posed due to the said leak. No astronauts or flight controllers are harmed despite the leak of the space station.

However, since they were forced to stay-up-all-night, it still seemed to be bothersome, closing all the compartments that the air leak might be found.