Despite its relative distance, NASA still finds trips to the moon difficult and highly costly. However, the space agency may have found a cheaper route to the moon for smaller missions.

The U.S. Patent and Trademark Office granted and published on June 30, NASA's patent for a series of orbital maneuvers, which Business Insider first spotted after a lawyer named Jeff Steck tweeted about it on Aug. 27.

While the new route technique could pave the way for unique discoveries from the moon's far side, it is not meant for large spacecraft. Instead, the technique is designed for smaller missions for scientific research like the upcoming Dark Ages Polarimeter Pathfinder or Dapper mission that aims to record low-frequency radio waves emitted during the earliest epochs the universe. Scientists hope to detect the first signals of the unseen dark matter.

As space agencies, people find it strange that NASA patents lunar travel. However, University of Colorado Boulder astrophysicist Jack Burns said NASA scientists still work hard to make numerical models of planetary trajectories, so they still have to protect their intellectual property just like any other inventions. 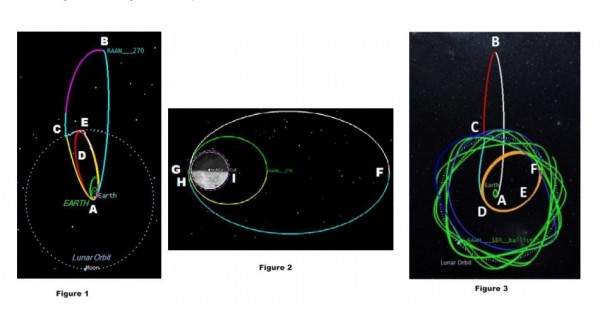 While the agency's licensing website states that it costs up to $50,000 to license its patents, the agency only requires $5,000 to $10,000 plus royalties to recover the costs it incurred in filing the patent and maintenance. This means patenting and charging the minimum amount is a formal industry practice to spread the products of NASA's hard work.

Meanwhile, Burns noted that the patent lets people know who did the project, so they could give credit to where it is due. He also dismissed that NASA will make money out of the new trajectory patent as it is usually made for historical record-keeping.

"It just is a marker that lays down that this was your intellectual property - you did this, and you were the creator of it," he added.

NASA's first voyage to the man in 1968 took the three-man crew a few days to reach their destination. It was expensive and required an enormous rocket to get out of Earth's gravity. 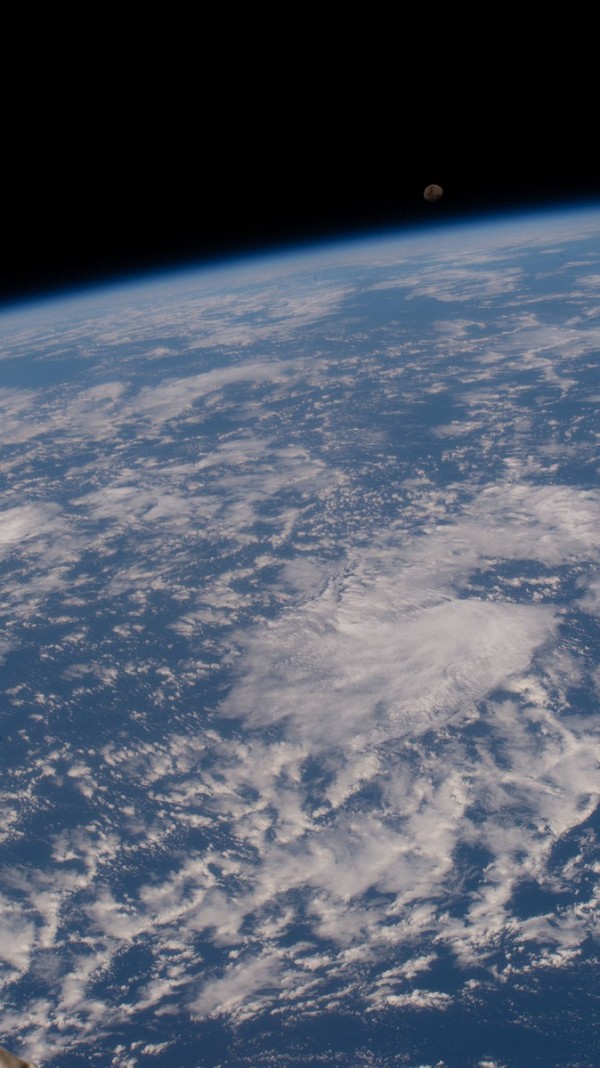 (Photo : NASA)
A waxing gibbous moon is pictured above the Earth's horizon as the International Space Station orbited above the Atlantic Ocean off the coast of Brazil.

The recent patent would allow smaller rockets to steal some of the Earth's momentum, swing around the planet like a slingshot, and travel to the moon in long orbits that will cost a little to no fuel at all.

While fuel is still necessary to travel through space, the spacecraft's weight is a mass that an engineer needs to allocate towards other mechanisms, including scientific instruments.

The upcoming Dapper mission would only cost a $150 million budget from NASA's Explorers program for its attempt to fly a tiny spacecraft, which is only about the size of a microwave.

"This trajectory to the moon arose out of necessity, as these things often do," said Burns, who happens to be a lead researcher for the Dapper mission. He also told Business Insider that they had to find a cheap way to get to the moon with such a measly budget.

Meanwhile, Burns is positive the mission would be successful. "If we could just get launch into high-Earth orbit, geosynchronous orbit, then we could get the rest of the way there with only a modest tank of fuel," he added.

According to NASA, the new spin on the gravity technique would reduce the flight time to about two and a half months, instead of the usual six months.

The trajectory also provides numerous options to slip a spacecraft into an orbit of any angle at practically any time, avoiding a zone where Earth's radiation called the Van Allen belts can damage the electronics spacecraft's.

ⓒ 2021 TECHTIMES.com All rights reserved. Do not reproduce without permission.
Tags: NASA Earth Moon
Most Popular