NASA Disappointed in Boeing Amid 61 Failures That Delayed Starliner! Could SpaceX have been the Better Choice?

NASA has had enough of Boeing's failures as the Starliner has already been delayed but will also be expected to be delayed even further! NASA has decided to work with two private companies SpaceX and Boeing.

While while SpaceX has had a series of successful launches and has been able to fulfill the expectations of their contract with NASA, Boeing seems incapable of doing so as their finished products display failure after failure. The Starliner's most recent test fail supposed to see the spacecraft travel to the International Space Station and back. 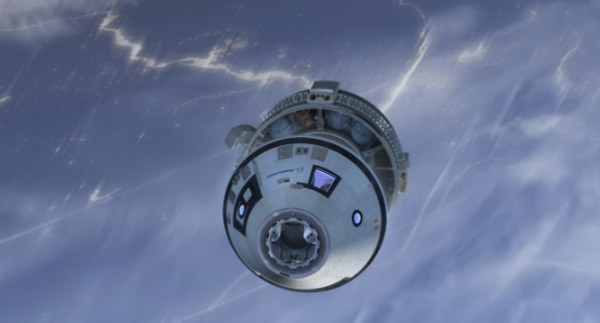 NASA's investigation of the Boeing's Starliner left them disappointed

The future does not look too bright for Boeing as upon inspection of the Starliner, NASA has issued 61 different "corrective actions" aimed to point out everything wrong with the Boeing's Starliner. The pressure is on as SpaceX sees victory after victory with their brilliant Crew Dragon and other spacecraft and space ships. The different fixes should likely delay the Starliner's program significantly, and although the planned crew flights were supposed to take place earlier, Boeing is still targeting the launch this 2020 to make up for the delay.

Read Also: Why is SpaceX Dragon Bringing Tons of Cargo? What is NASA's Secret Mission?

The most recent major mistake by Boeing

In a recent test launch by Boeing, a terrible error happened as the spacecraft's internal clock was in no way synced with the actual mission timer causing the spacecraft to drift off course and ended up burning way too much fuel than needed. This was an embarrassment for Boeing as well as a huge disappointment to NASA as the Starliner returned back to Earth.

SpaceX has been able to avoid these kinds of mishaps as Elon Musk meticulously makes sure that everything moves swiftly, and everything functions well.

Why was the test run a significantly big blow towards Boeing?

The whole point of the test run was to see if NASA could send the Starliner all the way to the international space station and back, but more than that, this was supposed to be a crew-carrying ship instead of just another cargo ship. The risk of failure could cost the lives of astronauts--that is why NASA is getting impatient with the failures of Boeing as they have already missed their timeline as well as showed unfavorable results.

Boeing's response to the whole situation

Although under a lot of pressure, Boeing is still determined to do better in the coming tests and said that they would be happy to do the test again once required. Although Boeing has not been able to accomplish much when it comes to space travel, space ships, and spacecrafts, Boeing still has its reputation as a carrier vessel to keep. Their reputation should be enough reason for them to put the most brilliant minds together and complete what NASA has asked of them.

SpaceX could have been a better choice for NASA

Given the number of successful launches versus the number of failed ones, SpaceX holds an excellent record, which begs the question of why did NASA choose not to work with SpaceX exclusively?