A new type of coronavirus is recently found by experts inside swine pigs. The virus, called SADS-CoV-2, belongs to the family of strain of SARS-CoV-2, causing the COVID-19. Researchers claim that this virus has the possiblity to infect humans, just like the ongoing coronavirus. 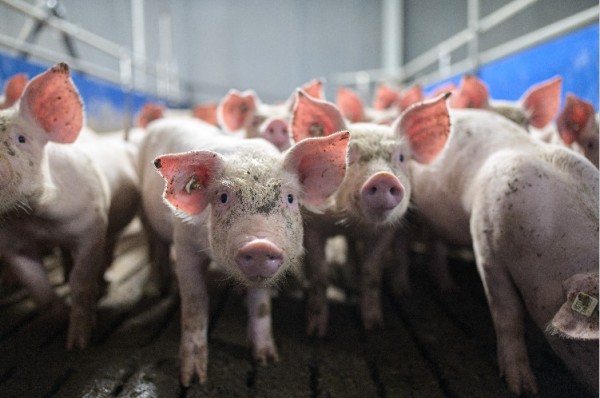 (Photo : Photo by Lukas Schulze/Getty Images)
Piglets stand in a stall at a pig farm on July 02, 2020 near Kempen, Germany. Many hog farms across the state of North Rhine-Westphalia are fearing possible losses due to the temporary closure of several large slaughterhouses due to coronavirus outbreaks among slaughterhouse workers. The biggest outbreak has been at the Toennies plant in Rheda-Wiedenbrueck, where over 1,500 workers out of a workforce of approximately 7,000 have tested positive. So far no date has been set for when the Toennies plant will reopen.

New research from the University of North Carolina at Chapel Hill claims they found a new type of coronavirus that may harm humans in the future.

SADS-CoV-2, or formally known as Swine Acute Diarrhea Syndrome Coronavirus, was first seen in China in 2016, emerging from bats and infecting swine herds in the country.

According to study via Daily Mail UK, the same virus was found in pigs via lab tests. It was first thought that swine coronavirus cannot infect humans. However, a recent research published in PNAS on Oct. 12, says otherwise.

SADS-CoV-2 in pigs claims to infect and replicate itself within human airway, liver and intestinal cells.  Unlike SARS-CoV-2, this coronavirus targets intestinal cells, rather than human lungs.

To make it worse, findings also suggest, humans have not acquired the cross-protective herd immunity that can prevent humans from contracting these types of coronaviruses from animal populations.

The only difference, SADS-CoV-2 has a different gene called "alphacoronavirus," while SARS-CoV-2 is a "betacoronavirus."

"While many investigators focus on the emergent potential of the betacoronaviruses like SARS and MERS, actually the alphacoronaviruses may prove equally prominent -- if not greater -- concerns to human health, given their potential to rapidly jump between species," said Ralph Baric, professor of epidemiology at UNC-Chapel Hill Gillings School of Global Public Health.

Remdesivir could be the vaccine? 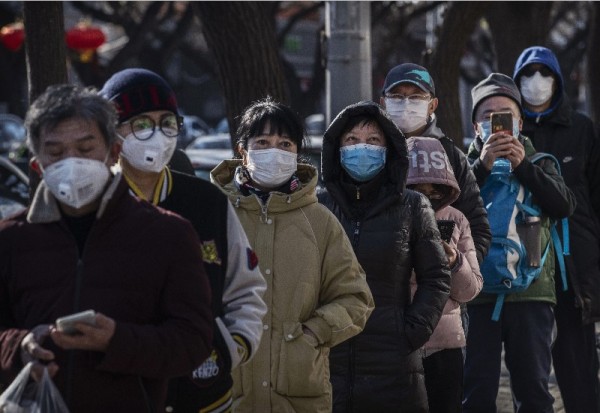 (Photo : Photo by Kevin Frayer/Getty Images)
Chinese customers wear protective masks as they line up single file to buy dumplings at a popular local shop on February 16, 2020 in Beijing, China. The number of cases of the deadly new coronavirus COVID-19 rose to more than 57000 in mainland China Sunday, in what the World Health Organization (WHO) has declared a global public health emergency. China continued to lock down the city of Wuhan in an effort to contain the spread of the pneumonia-like disease which medicals experts have confirmed can be passed from human to human. In an unprecedented move, Chinese authorities have maintained and in some cases tightened the travel restrictions on the city which is the epicentre of the virus and also in municipalities in other parts of the country affecting tens of millions of people. The number of those who have died from the virus in China climbed to over 1650 on Sunday, mostly in Hubei province, and cases have been reported in other countries including the United States, Canada, Australia, Japan, South Korea, India, the United Kingdom, Germany, France and several others. The World Health Organization has warned all governments to be on alert and screening has been stepped up at airports around the world. Some countries, including the United States, have put restrictions on Chinese travellers entering and advised their citizens against travel to China

Compared to SARS-CoV-2, researcher notes that COVID-19 vaccine drug Remdesivir could actually be the vaccine against SADS-CoV-2, once a human "spillover" may happen.

However, further tests are still required to make this into conclusion.

"We recommend that both swine workers and the swine population be continually monitored for indications of SADS-CoV infections to prevent outbreaks and massive economic losses," said Professor Baric. "Not surprisingly, we are currently looking for partners to investigate the potential of SADS-CoV vaccine candidates to protect swine."