"Left for dead" orbiting space objects, Russia's decommissioned 80s satellite and China's rocket booster, are now on a collision course that will pollute the Earth's proximity up in the celestial heavens in the ten to 20 percent chance of clash. The Kessler Syndrome warned the world of the phenomenon 50 years ago with orbiting space objects presenting vast risks. 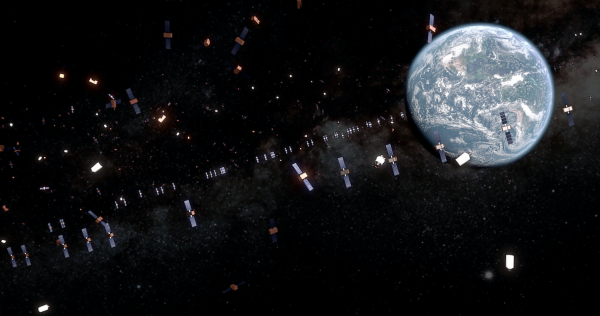 A high-risk space collision is set to happen as of the moment between an almost 40-year-old Russian Satellite and an 11-year-old Chinese rocket booster right on the planet's orbit, as seen by scientists. The Kessler Syndrome proves its fears to be accurate as the effects would be massive, leaving behind a handful of debris.

The 'dead' space objects have already collided with each other last 8:56 pm, Eastern Time (ET), with no known casualties and effects around its proximity. The ten to twenty percent collision chance was warned earlier by a NASA Scientist, Donald Kessler, with the famed "Kessler Syndrome."

Space Junk: How Much Is There?

The "Kessler Syndrome" warned the world of the impending danger of the excessive space debris left to orbit around the planet. The lack of clean-up would influence other orbiting space objects from colliding with one another, leaving behind more residue to repeat the process.

The "runaway chain reaction" of collisions would not end if space junk will continue to pile up, and humans would not do something to clean it up. Debris from space objects such as rocket flarings, metal sheets, wirings, etc., are cluttering up the cosmic heavens.

There are a massive 170 million space junk and debris that freely floats around the Earth's orbit. The lack of clean up would influence more space objects, mainly the "left for dead" technology from space agencies and companies that ventured the skies. 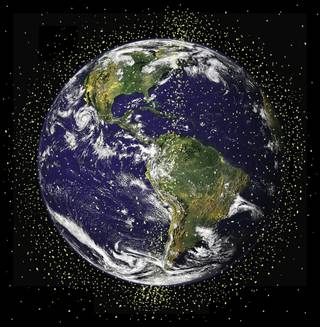 The Russian decommissioned satellite and China's used rocket booster have a combined mass of 2.8 metric tons, traveling at an incredibly fast speed of 32,882 miles per hour (14.7 kilometers per second), according to LeoLabs' estimates.

The clash, even grazing each other, would be catastrophic and add more clutters in space. LeoLabs estimates that a direct collision would bring a significant amount of pollution to the present 170 million orbiting the planet. Fortunately, the space objects are 40 feet away from each other, giving a small reassurance to astronomers against the risk of additional debris.

The Russian Kosmos-2004 and Chinese Chang Zheng 4C rocket booster are 616 miles (991 kilometers) away from the planet. According to Business Insider, the collision would not harm the humans or the Earth if ever they crashed against each other.

Kessler Syndrome: Will it affect active Space Orbits and Missions?

According to Big Think, the Kessler Syndrome's warnings have a massive toll on the future of interstellar missions, travel, and orbit. Space debris poses a considerable threat to modern life as we know it.

At the present rate, the 170 million space debris already poses a threat to orbiting objects around the Earth. Debris threats the very existence of the spacecraft, and in the future, the worsening case of the Kessler Syndrome would hinder space travel due to the clutter that blocks the cosmic skies.