What Zumba Fitness CEO Alberto Perlman and Amazon's Jeff Bezos Have in Common, And It's Not the Dance Moves

Amazon has been around for decades and founder and CEO Jeff Bezos arted it from scratch and he continued to strive until he became the richest man in the world and his company included in the top five most valuable in the world.

Well, there is at least one similarity between Bezos and Alberto Perlman, CEO and co-founder of Zumba Fitness - their ability to listen to customer feedback. 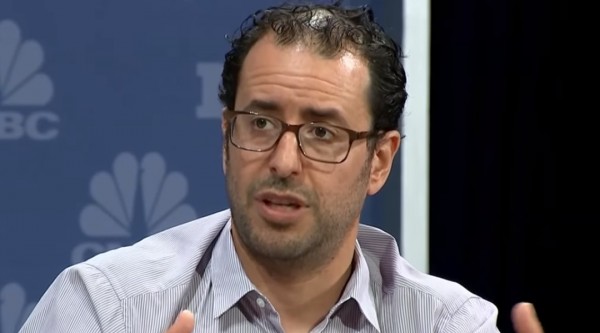 Amazon: The everything store

Bezos started Amazon in 1994 as an online bookstore, but later made it as "the everything store" after getting response from a thousand random customers he emailed for feedback.

In 2018, Bezos wrote in his letter to shareholders that Amazon Web Services were mostly built "based on listening to customers." He added that it is important to ask customers what they want, carefully listen to the answers, and thoughtfully make a plan to provide it quickly.

Bezos also said that he still read customer complaint emails and promptly forwards them to respective executives for proper amendments. And this is how the richest man manages his own company: hands-on and ears-on.

Perlman said that the "biggest mistake" business people make is thinking they "know more than their customer."

"Customers cannot tell you what to do, but they can tell you what they're frustrated with," Perlman told CNBC Make It. He said entrepreneurs should have time to listen as well as listen between the lines to customers.

Business owners should always use feedback from customers to their advantage, particularly when they share what they love or frustrated with a business. "You can start connecting dots, and that's how you create and solve their problem," he added.

Similarly, customer feedback also helped Zumba thrive amid the coronavirus pandemic, particularly as the fitness industry was among the hardest hit of the lockdowns.

Also, like other companies, Zumba shifted to online and launched a platform where customers can have virtual Zumba classes. The team keeps updating it with new tools and features based on trainer and customer feedback. This allowed instructors to generate more income as they reach more students, even during the pandemic, although the CEO did not give any figures.

Perlman as a 24-year-old unemployed

Perlman spent nearly two decades to make Zumba a global brand. From his humble beginnings as an unemployed young man, he wanted to build his own company, but unsure what to venture with. Until one evening in 2001, his mother told him about her aero instructor who is selling out gym classes. He checked out Beto Perez's class.

Once the music started, everyone followed Perez's lively choreography on Latin music as if they dancing with friends, instead of working out. Perlman told the instructor to put his choreography on video to allow more people enjoy it at home.

However, both of them and even Perlman's childhood friend Alberto Aghion whom he worked with his accelerator had the money to make it happen. Instead, they got a camera and decided to shoot a promo at the beach with 200 of Beto's students. They took a video using a Handycam and showed it to potential investors. However, everybody said "no."

However, all the sold out classes Beto had fueled them, so they did not give up. "We knew that the class was powerful, we knew that something was there," Perlman said. Then in 2001, they got a deal they got an Ohio-based company to make a Zumba workout DVD, but the production ate most of their profit.

Also, students and customers wanted to have someone to follow, just like those in the video. Then in 2003, they began certifying instructors and the first class had 150 enrollees.

In 2012, the New York Times reported Zumba already has more than 100,000 certified instructors with market value of $500 million after the Raine Group and Insight Venture Partners invested in the company.

Looking back, Perlman thought everything happened because he listened to customer feedback and used it to improve and further the company's success.