Apple unveiled new function keys in its brand new MacBook Air to eliminate specific Launchpad and Keyboard Brightness keys. The Cupertino-giant replaced the keys with Spotlight, Do Not Disturb, and Dictation keys, which are arguably more used today than the above function keys.

Mark Gurman of Bloomberg first noticed the change and said that the new function keys apply only to the new MacBook Air with the M1 chip. A Touch Bar is available on the latest 13-inch MacBook Pro with an M1 chip, but there are no physical function keys. But you can also see it on Apple's product page for the MacBook Air.

Which Function Keys Have Changed? 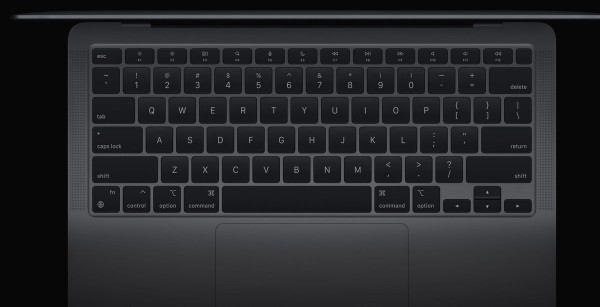 Apple's big revelation announced several new Mac laptops with custom made processor chips on November 10. But this is not the only update to the beloved MacBook that is coming.

The Launchpad (F4) and the two keyboard brightness buttons (F5, F6) will leave the top row. Coming in are Spotlight (F4), Dictation (F5) and Do Not Interrupt (F6) feature keys.

Previously, it was only possible to control these functions with keyboard commands or from the Notification Centre. Users will now allow dictation and one-button Ask Siri functions to make voice commands much easier. This is a plus in terms of usability.

The launchpad key's loss, however, might be the most significant change. But the entire process should be simplified by the new spotlight search feature.

It also doesn't seem like a big loss to lose the keyboard brightness buttons. In contrast to the screen luminosity features, the keys are used even less. Now that it has a dedicated key, Do Not Disturb can also be used more frequently.

This helps users to turn off their alerts for a while to prevent distractions, but you had to fix it for a certain amount of time in settings before. You can quickly turn the warnings on and off on the latest MacBook Air at the click of a button.

Should I still get MacBook Air?

If this improvement in the keyboard feature is a deal-breaker for you, you may want to consider getting the MacBook Pro with the inbuilt touch bar. It helps you customize your function key's layout and can even fully swap it out for the most used applications.

Removing the two keyboard brightness keys means that MacBook Air users must now go to the macOS Big Sur Control Center to adjust their backlighting on their keyboards to increase brightness and decrease. MacOS users can also use the finger shortcut to open the Launchpad or the dedicated Launchpad icon in the toolbar.

Apple appears to have introduced a new Spotlight key to making it easier for MacBook Air searches to be carried out and a new Do Not Disturb option to enhance digital wellbeing. On Apple's entry-level notebook, dictation is likely to help improve efficiency and usability.